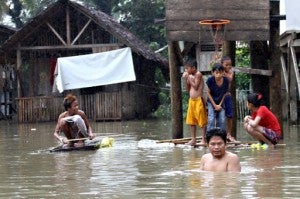 The NDRRMC reported worth P509.9-million worth of damage — P256 million to infrastructure and P253 million to agriculture. The damage was recorded in parts of Mindanao.

Deaths also rose to 64 while 10 were missing. There were 85 injured.

Agaton was the first low pressure area to hit the Philippines this year. It eventually turned into the first tropical cyclone and stayed in the country for nearly two weeks.

Over 1 million persons were affected in parts of Mindanao due to rains and floods spawned by Agaton, with 108,991 persons housed in shelters.

The government had prepositioned P47.87 million worth of relief assistance.