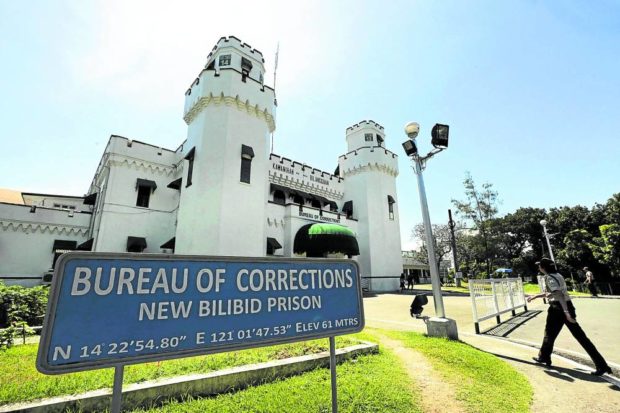 MANILA, Philippines — The Bureau of Corrections (BuCor) has seized P300,000 from jail guards who kept that cash equivalent in GCash transfers sent by relatives of persons deprived of liberty (PDLs).

In an interview with reporters on Monday, BuCor officer in charge Gregorio Catapang Jr. said he had heard about allegations of prison guards taking a percentage of the amounts sent by relatives of PDLs through the mobile wallet app.

Since the inmates have no mobile phones, the GCash transfers intended for them are sent to the guards instead.

But rather than give the inmates the cash equivalent of the transfers, the guards get a share of those amounts and even oblige the inmates to take loans at high interest.

“I’ve spoken to some of the inmates and they said, ‘Sir, please tell those who lend us money not to become loan sharks,’” Catapang said.

“[But] we discovered that a lot of money is being hidden in the employees’ lockers. Those [amounts] belonged to PDLs and were being kept by the guards,” he said.

Charges would be filed against the prison guards, who could face summary dismissal if found guilty.

“I could do that now with my powers as director general [of BuCor],” said Catapang, who is due to be given that permanent appointment. (See related story on Page A8.)“In due time, we will announce a new system,” he said. “[But for now] we have a system in which engaging in businesses is not allowed inside prisons.”

He suggested that “PDLs should establish their own cooperatives. This will also boost their GCTA (good conduct time allowance).”

According to Justice Secretary Jesus Crispin Remulla, the money-handling scheme does not only happen in New Bilibid Prison (NBP) but in other detention centers across the country.

“It’s the same thing with BJMP (Bureau of Jail Management and Penology) and all the division facilities including PDEA (Philippine Drug Enforcement Agency), the corruption is prevalent among PDLs,” Remulla said in a separate interview.

Other schemes at the national penitentiary have been exposed from time to time.

Testifying at a Senate inquiry in September 2019, inmate Godfrey Gamboa, who was sentenced to four years in prison for falsification of public documents, said it cost prisoners like him P500 to P1,000 to bring a mobile phone or a television set inside his cell.

His partner Yolanda Camilon, who also testified before the Senate, claimed to have paid P50,000 to the head of the documents and record section of BuCor in exchange for Gamboa’s release.

In another Senate hearing at that time, Rafael Ragos, the NBP officer in charge from November 2012 to March 2013, bared other corrupt schemes such as allowing prisoners to bring in women and running a 24-hour gambling operation.

He added that BuCor employees sold mobile phones to detainees.

Jail managers destroyed more than 3,800 phones in August 2020. Also confiscated from the inmates through the years were gadgets such as tablets, laptops, power banks, pocket Wi-Fi, speakers, mobile signal amplifiers, DVD players and even a PlayStation console.

Illegal drugs were also seized from the inmates from time to time, as well as thousands of cigarette packs and even cigars, and beer, which was sold for as high as P1,000 per can.