So is Galvez the DND secretary or OIC? | Inquirer News

DND secretary or OIC? Galvez has ‘same position’ as Faustino 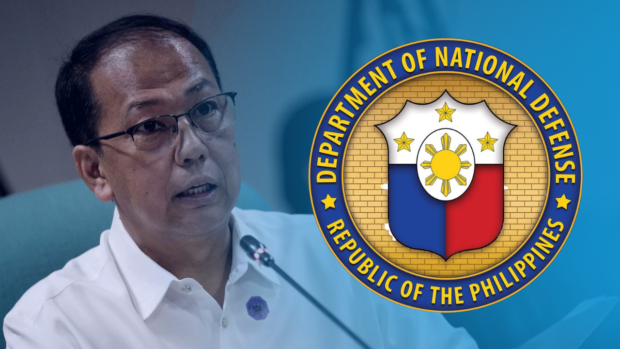 MANILA, Philippines — While President Ferdinand Marcos Jr. swore in peace adviser Carlito Galvez Jr. as secretary of the Department of National Defense (DND) in rites at Malacañang on Jan. 13, the defense chief could be holding the portfolio as an officer in charge, just like his predecessor, Jose Faustino Jr.

Two documents from the Office of the President (OP) that were seen by the Inquirer showed conflicting titles addressing Galvez. These were dated Jan. 13 and signed by the president.

The first document, related to the designation of 31 generals and flag officers, addressed Galvez as DND “Senior Undersecretary.” The second, an ad interim appointment of a Philippine Marine Corps officer to a two-star position, labeled him as “Secretary.”

Galvez, who leads the Office of the Presidential Adviser on Peace, Reconciliation and Unity as secretary, said he was “in the same position with Secretary Faustino” but could not explain it further.

“We’re still in transition. For me not to be burdened by the Commission on Appointments, the OP put it in a context that I will get the same position with Secretary Faustino,” he told reporters on Monday.

“But it doesn’t matter. What’s important is we put leadership on the DND so that it will be seamless and stable. The designation is not important to me. What’s important is I’m on top of the DND and, as I’ve said, I will make the AFP (Armed Forces of the Philippines) and DND happy,” he said.

He also did not want to discuss ongoing “arrangements,” saying: “We are serving at the pleasure of the President.”

Galvez replaced Faustino, who resigned in January after being kept out of the loop by the Palace regarding Gen. Andres Centino’s return as AFP chief of staff and the sudden exit of Lt. Gen. Bartolome Bacarro. Malacañang had denied Faustino’s claims.

Destabilization rumors spread after the changes in the DND and AFP.

Acknowledging the “grumblings,” Galvez said these were due to a law, Republic Act No. 11709, signed by former President Rodrigo Duterte that prescribed fixed three-year terms for key positions in the AFP that resulted in the delay in promotions in the military. He said these had already been addressed.

Last week, Galvez faced the Senate to seek amendments to the law.

President Marcos, he also said, had signed the appointment papers of several military officers before he attended the World Economic Forum in Switzerland last week.

“We’re very happy that the President, before going to Davos, signed the papers; 39 positions in one day. For us, that’s very unprecedented. We really thank him,” he said.

Galvez: Military should stay relevant without hogging all the headlines