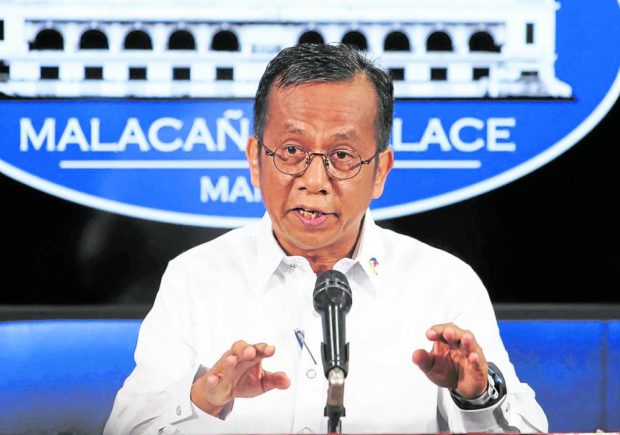 In an interview with the Inquirer on the sidelines of the World Economic Forum (WEF) in Davos, Switzerland, last week, Balisacan said the economic team would especially focus on improving regulation to ease doing business.

While President Ferdinand Marcos Jr. has so far gotten good feedback from the business community for pursuing further economic liberalization, his government has been beset by skyrocketing prices of farm products, particularly sugar, onions, and fertilizer, due to several factors.

“I think in agriculture, we really need to use trade policy properly so when there are real shortages we can import relatively in a timely manner,” Balisacan said when asked what other sectors of the economy should be liberalized.

He noted that the country would turn to importation whenever hit by a shortfall of specific crops but the new supply would usually come at the wrong time or when local farmers had started harvesting.

When a sugar crisis erupted last year, the government flip-flopped on whether to allow importation. En route to the WEF last week, Marcos told reporters that his administration would now maintain a two-month buffer stock to ward off speculation leading to volatile prices.

Asked whether he agreed that the country should rethink its current policy of allocating sugar quedans for the export market, Balisacan said these were among the internal reforms to be considered.

Improving the regulatory system in “almost all areas” was likewise necessary, the Neda secretary said, adding that investors usually complain about the numerous requirements and the long wait for the issuance of permits.

“I think the greater part of the investment issues is related to the ease of doing business,” Balisacan said. “Compare how many days or weeks it takes to get a permit, compared with one or two days in Singapore,” he added, noting that even Vietnam was faring better in this aspect. “This will be a big focus. We put a lot of stress there.”

In relation to this, he said that digitalization of the bureaucracy would be crucial to reduce person-to-person contact and enable all transactions, including tax payments, to be done online.

Based on World Bank’s 2020 “Doing Business” report, the Philippines ranked 95th out of 190 countries in terms of ease of doing business. Vietnam was in 70th place, while Thailand was 21st. Singapore was second only to New Zealand.

The government has launched several programs to help boost the agriculture sector which has been affected by imports and COVID-19.

The Agricultural Competitiveness Enhancement Fund (ACEF), which is collected from agricultural tariffs, is now at P4.4 billion as of August 2022, which brings more than P15 billion for the agricultural sector for 2023.

The ACEF is on top of the P10 billion for the Rice Competitiveness Enhancement Fund and an additional P1 billion in assistance to farmers and fisherfolk that the Marcos administration has already included in its P5.268-trillion spending plan for 2023.

At the House of Representatives, Sultan Kudarat Rep. Horacio Suansing Jr. has asked the ways and means committee to invite 10 individuals and 13 firms to a hearing on alleged large-scale smuggling of agricultural products, including tobacco.

He said the 10 brokers, importers, and facilitators were “allegedly involved in large-scale agricultural smuggling in local ports.”

“In view of these requests, I will divulge in due time pertinent information on these individuals and personalities, which would make relevant these requests to the committee and to the concerned government agencies,” Suansing said.

—WITH REPORTS FROM JULIE M. AURELIO AND INQUIRER RESEARCH