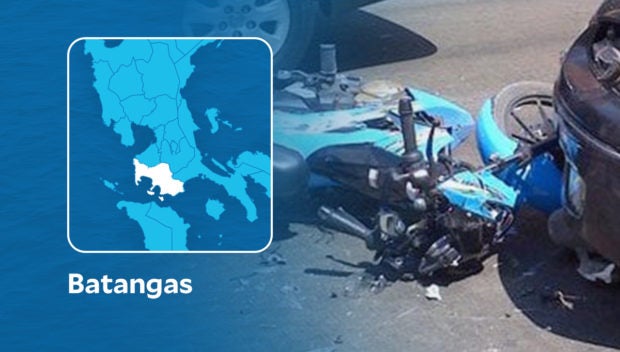 LUCENA CITY — Two pedestrians and a driver were killed in two separate road mishaps on Sunday and Monday in Batangas province.

The Batangas police reported that Nerissa Tan, 60, and Genelyn Peñaroyo, 51, were crossing the Maharlika Highway in Barangay San Miguel in Sto. Tomas City around 1 a.m. Monday, when a van driven by Noli Rojero hit them.

The van dragged the victims, and a pick-up driven by Richard Perol hit them again.

Investigators said the two pedestrians died while being taken to separate hospitals.

The drivers were now in police custody while an investigation was underway.

In San Jose town, the police reported that Michael Oriana suffered a heart attack at 2:15 p.m. while driving a Toyota Fortuner along the national road in Barangay Taysan.

The police said Oriana lost control of the vehicle and hit the rear portion of a Mitsubishi Montero.

Oriana was rushed to San Jose District Hospital but was declared dead on arrival. INQ