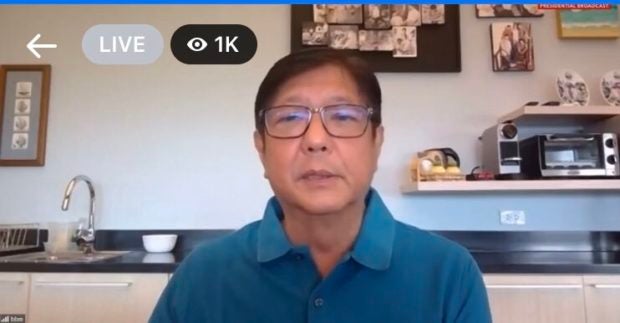 MANILA, Philippines — After nearly six months in office, leadership gaps and uncertainties hound the Marcos administration at a time when “strong external headwinds” threaten the country’s growth prospects next year, according to an economic think tank.

In its Dec. 1 report titled “A trot not a gallop,” New York-based Global Source Partners said gloomier prospects for the global economy mean that the country’s “chances of galloping away from the pandemic have disappeared.”

“Overall, although the better than expected third quarter gross domestic product performance has persuaded us to revert to our earlier 6.8-percent growth forecast, strong economic headwinds mean that 2023 growth is unlikely to outperform our 5-percent forecast,” said the report authored by economists Romeo Bernardo and Marie Christine Tang.

As the country’s CEO, President Ferdinand Marcos Jr. has made “inspired” choices in the core economic departments and key line agencies, the think tank said.

But it also noted that his Cabinet was still “a mixed bag,” alongside the long wait for him to find a suitable health secretary and a replacement for himself in the Department of Agriculture.

Global Source cited the positive outcomes so far accomplished by the new administration, which came to power on June 30: the financial markets’ buy-in of the fiscal consolidation program; the private sector’s backing of the revised public-private partnership rules; the “recentering” of foreign policy; and swift actions to encourage investments in oil exploration and power generation for energy security.

“But while good results go with good leadership, the reverse appears true as well. Regrettably, soaring food prices has put the limelight on the president’s turf, the agriculture department,” the report said.

With food prices rising by nearly 1 percent each month and the price of sugar surging by 44 percent between July and October, early hopes that  Marcos would use his abundant political capital have faded away, Global Source said — adding that the President could have used that capital to rein in entrenched interests and exert a positive influence on bureaucratic inertia.

“Even now, we are told that decision makers in the agriculture sector are bickering unendingly over the size of import volumes for specific crops that are in short supply,” the report said.

Global Source even acknowledged speculations that the economic team, particularly Finance Secretary Benjamin Diokno, has lost the president’s confidence — which, in turn, has caused uncertainty, the think tank said.

Its report also noted that the COVID-19 vaccination drive appeared to have lost momentum while the road map for the underfunded health sector remained unclear.

Currently, both the Department of Health and Philippine Health Insurance Corp. are headed by caretakers who are not empowered to take strategic policy reform decisions, it said.

“Given the mixed performance of the administration, dependent as it is on the leadership of individual Cabinet members, the question of how President Marcos’ Cabinet will evolve in six to 12 months’ time arises,” said the report.

It emphasized the significance of that question “not only because the agriculture and health sectors feel rudderless at the moment but also because of two forthcoming developments.”

By midyear, the think tank said candidates who lost in the May elections would be eligible for government appointments, after the constitutionally prescribed yearlong ban on their selection has elapsed.

This gives the President an expanded pool of electoral teammates to choose from, but it could also “open the floodgates to hard lobbying by more political, less qualified office seekers,” Global Source said.

By that time, too, the term of Bangko Sentral ng Pilipinas Gov. Felipe Medalla, who is serving the remaining term of his predecessor, Diokno, is due to end. “Hopes have been pinned on his appointment to a full term to continue the excellent navigation during this time of global financial turbulence,” the report said.