DMW to fine-tune role as go-to agency for OFWs 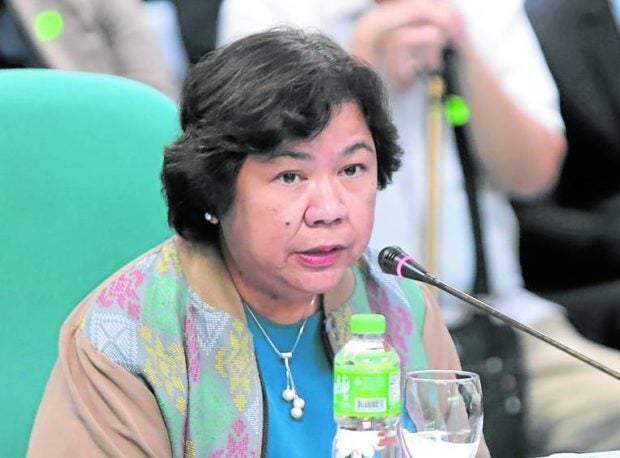 MANILA, Philippines — Like the sector it is created to serve, it must set a direction and have a clear destination.

The Department of Migrant Workers (DMW) will spend a few days this month drawing up a road map that will establish itself as the go-to agency for the Filipino labor diaspora, fine-tune its systems and further define its functions vis-a-vis those of other departments that have also been dealing with foreign governments or employers.

But high up on this goal-setting agenda is the basic challenge of introducing the DMW itself to the Filipino people, whether in the country or abroad.

As Migrant Workers Secretary Susan Ople put it, “A lot of our OFWs (overseas Filipino workers) don’t even know that the DMW now exists, where and how we can be reached, as well as the services that we offer. The DMW needs to make sure that such basic information can be delivered in the most effective and efficient way.”

Created by law during the Duterte administration and finally operational under President Marcos, the DMW hopes to make the most of its first-ever funding, which stood at P16.3 billion when the draft national budget hurdled the Senate.

For the three-day workshop, Ople said she hoped that the majority of the country’s labor attachés based abroad could fly in and participate.

Having those officials booked for the Tagaytay activity already represented one major change in the bureaucracy: rhey used to be reporting under the Department of Labor and Employment (Dole), but now they are under the administrative supervision of the DMW.

As part of the transition, the attachés’ workplace will also be renamed—from Philippine Overseas Labor Offices (Polos) to Migrant Workers Offices.

There are currently 42 Polos worldwide and, for now, their budget is still being drawn from Dole.

Another topic for the workshop is the transfer of functions concerning legal assistance extended to distressed OFWs, which is currently handled by the Department of Foreign Affairs (DFA).

“We are in discussions with the DFA on how best to carry out this transition since our attachés abroad would also require some training on how to render legal assistance in partnership with law enforcement agencies in countries with a high concentration of OFWs,” Ople said in a statement on Saturday.

Also among the DMW’s immediate plans, she said, is the establishment of an “Aksyon Fund” for the delivery not only of legal aid but also psychosocial and humanitarian assistance to migrant Filipinos in need.

According to Undersecretary Maria Anthonette Velasco-Allones, the DMW road map will set clear indicators for “performance, professionalism and policy implementation.”

There’s still much work to do in completing the transition with Dole and the DFA, Ople said, but having those plans “will bring all of us together [under] one common goal: to make the DMW the best ‘home’ in government for our OFWs and their families.”

Ople vows transparency in use of P 17-B DMW budget