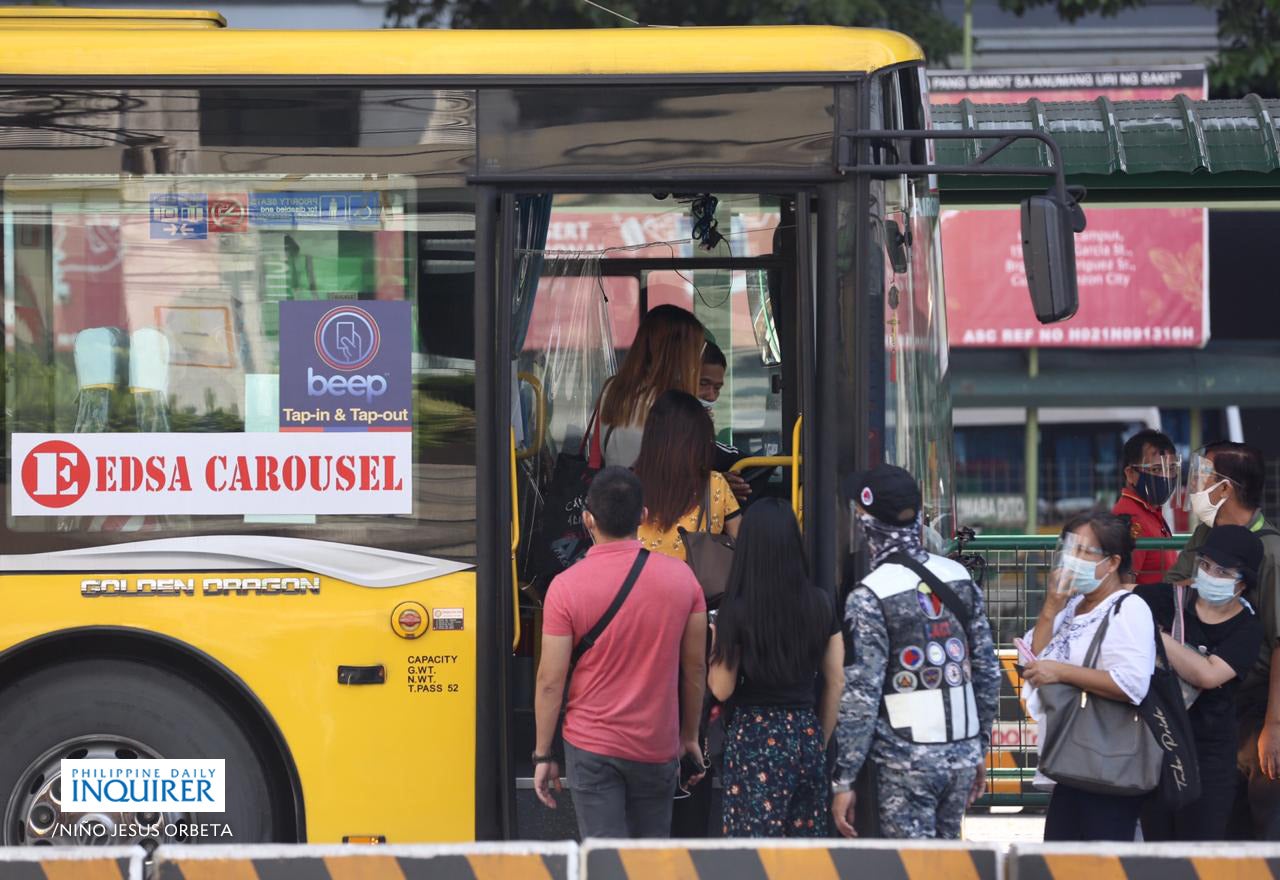 MANILA, Philippines — The Land Transportation Franchising and Regulatory Board (LTFRB) on Saturday said it will investigate reports that some Edsa Carousel (Edsa Busway) bus drivers are collecting fares from commuters.

The Department of Transportation (DOTr) is implementing 24/7 free rides on the Edsa bus carousel for the whole month of December.

(The Land Transportation Franchising and Regulatory Board will investigate the reports that public utility bus drivers are still charging fares.)

The Board urges the public to report incidents of fare collections to traffic enforcers detailed with the Inter-Agency Council on Traffic (I-ACT) who are posted at Edsa Busway stations.

The LTFRB also said it will look into the reported lack of buses plying the Edsa Carousel.

(With regards to the alleged lack of PUBs on the Edsa Busway and the long waiting time for the buses, the LTFRB is continuously monitoring the Edsa Busway stations to determine the areas with high passenger demand and address this problem.)

Free rides at Edsa Carousel will continue until July 31