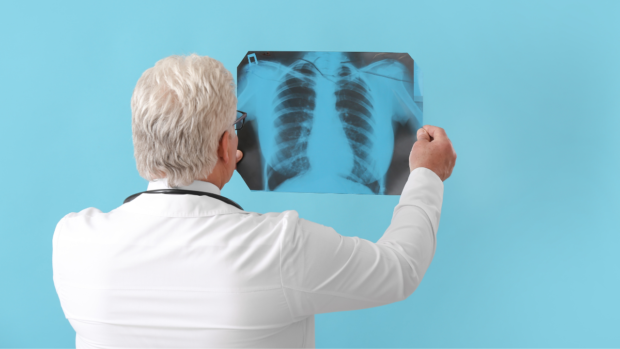 MANILA, Philippines — There are more options for treating lung cancer now, an oncologist said on Tuesday during an educational forum for Lung Cancer Awareness Month.

Dr. Soledad Balete, an oncologist at the Chinese General Hospital, described the progress of lung cancer treatment by saying:  “Improving as time goes and as years come. More options are being given to us.”

Some of the treatments she mentioned were radiotherapy, surgery, traditional chemotherapy, precision therapy, and immunotherapy.

Immunotherapy, among the most recent treatments, involves strengthening the immune system’s T cells to kill cancer cells in the body.

Balete also discussed precision medicine or targeted therapy, in which specific cells are picked out to be killed.

Compared to traditional chemotherapy, which kills rapidly dividing cells regardless of whether they’re good or bad, targeted therapy disrupts pathways that are unique to the cancer cell, Balete explained.

Targeted therapy also has milder side effects on the patient.

However, patients need to take certain tests to qualify for targeted therapy, added Balete. According to her, the best treatment for a patient varies from case to case.

According to Balete, treating cancer is a team effort involving a multidisciplinary approach, which is why patients have to see several doctors with different specializations.

Despite the advancing treatments, Balete maintained that it would be best to avoid factors that could lead to lung cancer, such as smoking.

Anguish and hope: A lung cancer patient’s battle with the disease, money woes

Lung cancer: The deadliest type of cancer in PH