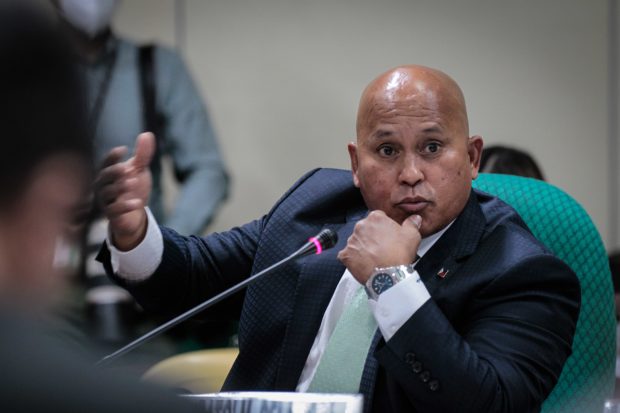 MANILA, Philippines — A bill making the Reserve Officers Training Corps (ROTC) program mandatory may be passed in the first quarter of 2023 — not this year due to insufficient time, Sen. Ronald “Bato” dela Rosa said on Tuesday.

“We’re very confident since this is certified as an urgent measure or priority measure of Malacañang… I’m positive that this will be quickly passed,” the senator said, speaking in a mix of English and Filipino, at a press briefing when asked if it would hurdle the 19th Congress.

“Not this year because it’s already December. We used up November for budget deliberations. This December there are only a few sessions days left,” he added.

Under the bill, both males and females will undergo the same training.

Asked why women would be included, Dela Rosa said: “Gender equality. You don’t want [women] considered the weaker sex. So, everyone. Let’s love our country. Let’s get together on this. If we’re attacked by an enemy, it’s not only men who would get hit by bullets. Even women will get hit by the bullets of the enemy. Let’s help defend our country.”

Also on Tuesday, the Senate Committee on Higher, Technical and Vocational Education discussed the ROTC bills submitted to it.

The Commission on Higher Education presented a consensus bill that seeks a two-year mandatory National Citizens’ Service Training program. Some students may opt to advance their training through an additional two-year ROTC program.