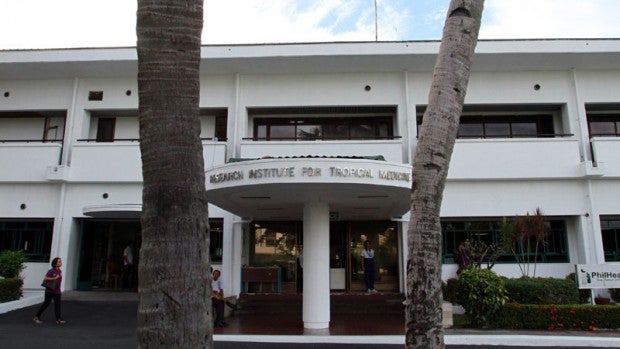 MANILA, Philippines — Senators noticed on Thursday an overlap in the mandate of the Research Institute for Tropical Medicine (RITM) and the proposed virology institute.

During a hearing of the Senate subcommittee on health and demography, RITM Director Celia Carlos presented the respective mandates of the RITM and the virology center.

“As far as I know, the virology and vaccine institute will focus on virology research of different categories of organisms – plants, animals, and humans. So, that’s the research part. But, their vaccine part will cover research and vaccines, covering mainly humans,” she explained.

“Our mandate is research and manufacturing for human biologicals or biologicals for humans. Unfortunately, we have not progressed too far on that,” she added.

Carlos also noted that RITM will eventually be under the Center for Disease Control and Prevention (CDC) and focuses on diseases of public health importance.

But Senator Pia Cayetano, sub-panel chairperson, observed a seeming flaw and asked the RITM official: “‘Di may overlap kayo sa (Then you have an overlap in the mandate when it comes to) humans?”

(Since the RITM will be under the CDC, shouldn’t we transfer their function to the virology institute?)

Carlos replied, admitting that there was indeed an overlap. But she backpedaled later on and said they agreed with the virology institute not to have an overlap in research.

“Whereas, the virology institute will focus on other diseases and we had agreed that they will not overlap with the other focuses of research and testing which are now covered by RITM,” she continued.

An executive board under the virology center, Carlos added, will be created. The RITM director will be part of it.

“That board will determine the research agenda for the VIP (Virology Institute of the Philippines). So maybe, the discussions on which agency will take charge of what will be resolved at that level,” she explained.

Carlos even tried to justify the supposed overlapping mandate: “I don’t think it is not good to have some overlap as is happening in many countries abroad.”

However, Cayetano asserted a “continuing concern” specifically on the allocation of funds.

The Senate sub-committee on Thursday deliberated on 11 Senate bills that aim to establish a CDC and nine bills on the creation of the Medical Reserve Corps Act.