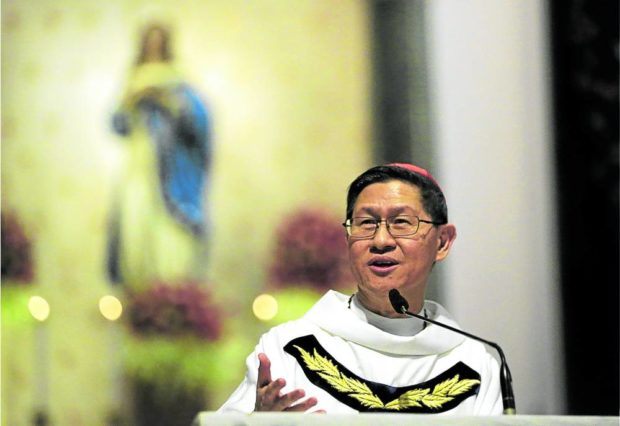 MANILA, Philippines — Pope Francis’ decision to relaunch Caritas Internationalis and its services is meant to be a process of “humility” and “discernment” and not because of mismanagement of money and sexual abuse, according to  Cardinal Luis Antonio Tagle, president emeritus of the Vatican’s humanitarian arm.

“This news might be a bit disturbing or confusing to some of you,” Tagle told Vatican News published Wednesday, “but rest assured that this decision of the Holy Father came after a careful and independent study of the working environment of the Secretariat and the governance exercised by responsible persons and bodies.”

In a new decree released November 22 — read by Tagle himself during the confederation’s plenary meetings in Rome on Tuesday — the Pope has placed Caritas Internationalis management under temporary administration to improve its internal procedures and better serve its charitable organizations worldwide.

The relaunch meant the cessation of the roles of president, vice presidents, general secretary, ecclesiastical assistant, and all the other positions in the organization.

Tagle had served as the president of the global confederation of Catholic charities since May 2015 and was reelected for a second and last term in May 2019.

The Pope appointed Pier Francesco Pinelli, an Italian management consultant, as the temporary administrator of the charitable agency, according to a November 21 decree issued by the Vatican.

The elections for Caritas’ new leadership would take place during its May 2023 assembly as formally scheduled.