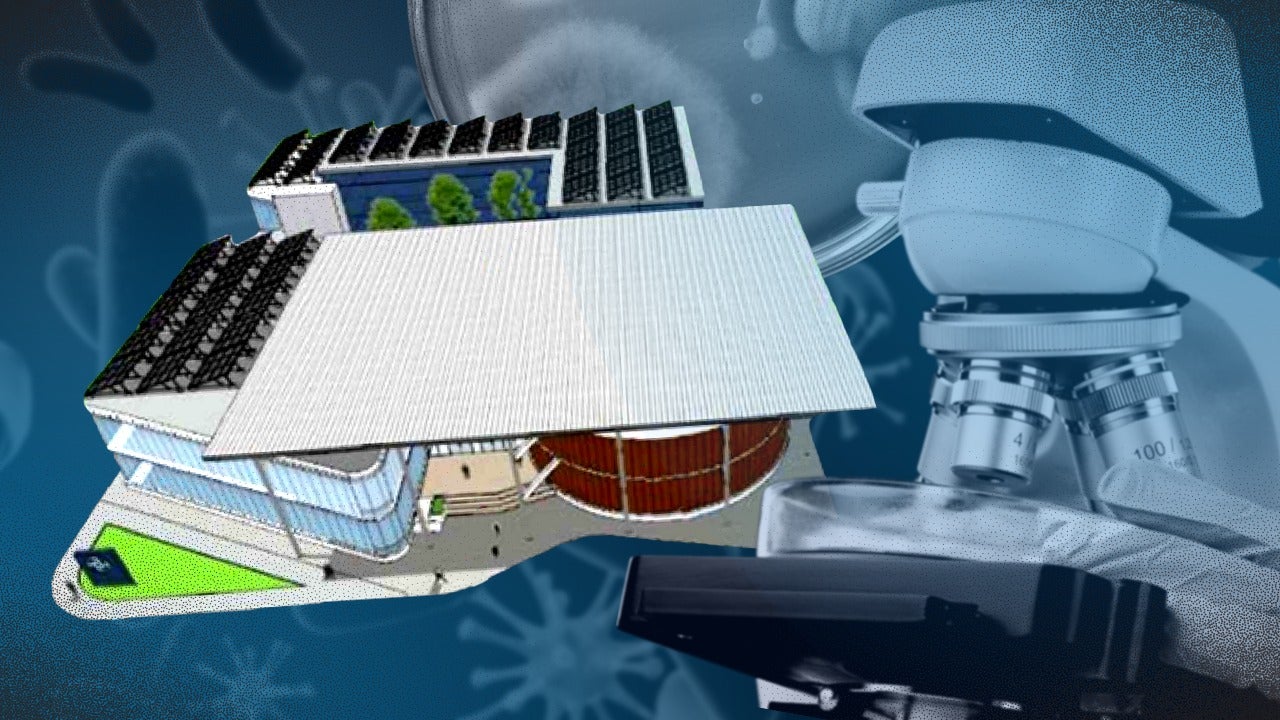 MANILA, Philippines—As the country anticipates a law which would give rise to facilities housing the proposed Virology and Vaccine Institute of the Philippines, two views are emerging on its risks and benefits.

In July 2021, the House of Representatives approved on final reading House Bill No. 9559, which proposes the creation of the Virology Institute of the Philippines (VIP).

The bill said the VIP, as an agency attached to the Department of Science and Technology (DOST), would be “the premier research and development institute in the field of virology, encompassing all areas in viruses and viral diseases in humans, plants and animals.”

Although the measure remains pending at the Senate, the VIP—among the priorities of the current administration of Ferdinand “Bongbong” Marcos Jr.—may rise in Capas, Tarlac by 2023 or 2024, according to the DOST.

Last October 11, the Bases Conversion and Development Authority (BCDA) announced that it had already signed an agreement with the DOST to move “a step closer towards the formation of the country’s premier virology research institute that will strengthen our wall of protection against infectious diseases.”

According to the DOST, the emergence of SARS-CoV-2, the virus that causes COVID-19, highlighted the need for research and development (R&D) capacities in virology research in the Philippines. 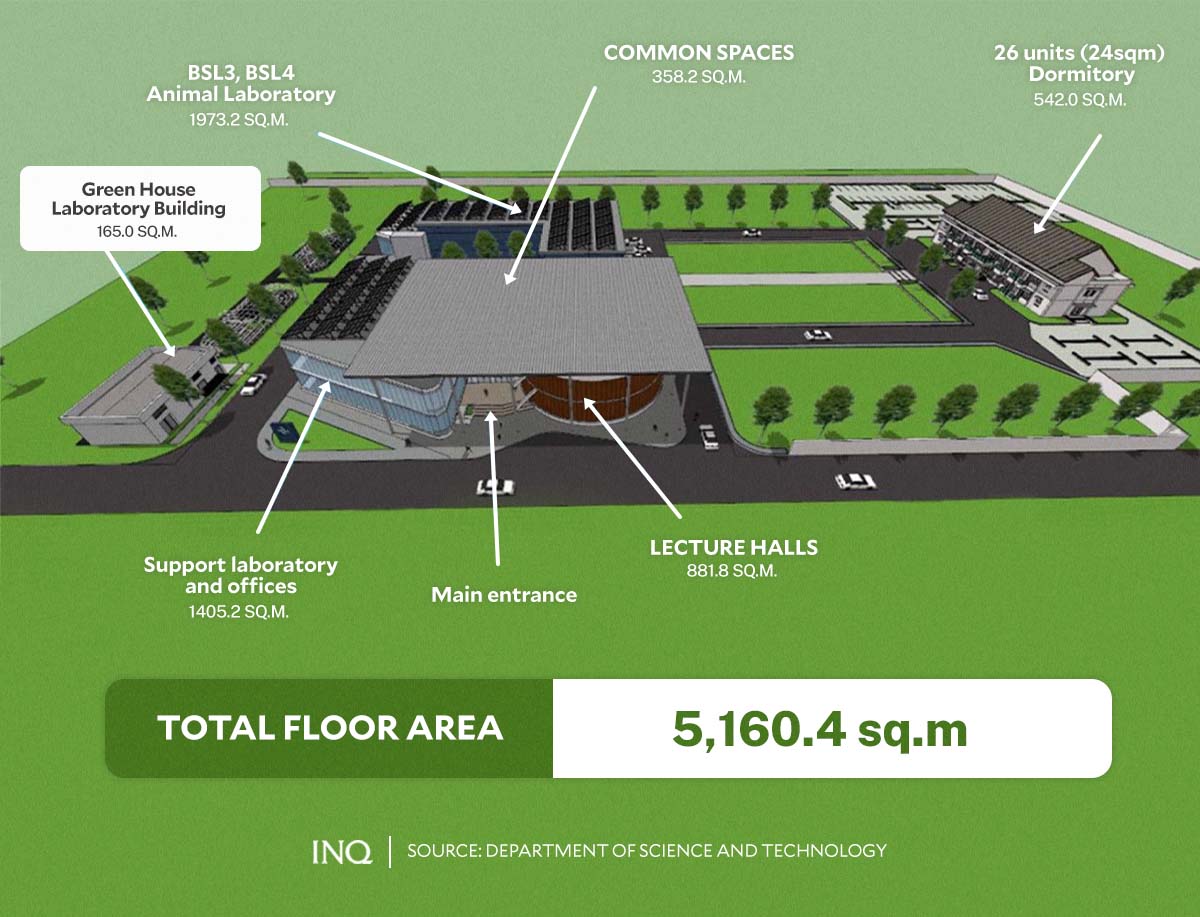 However, while high-level biosafety laboratories, like the VIP, offer huge advancement and benefits for the Philippines and other countries that have expressed plans to build new laboratories, some researchers have expressed concern about the surge of facilities that will handle and study hazardous pathogens.

What are the concerns, risks?

In an article published in the peer-reviewed scientific journal Nature, some researchers and scientists pointed out several risks and concerns in constructing new biosafety-level-3 (BSL-3) and BSL-4 facilities in several countries, including the Philippines.

According to the US Department of Health & Human Services, Biosafety Levels (BSLs) “are designations applied to projects or activities conducted in laboratories in ascending order of containment based on the degree of the health-related risk associated with the work being conducted.”

BSL-3 laboratories are used to study infectious agents or toxins that may be transmitted through the air and cause potentially lethal infections.

BSL-4 laboratories are designated for the study of “infectious agents or toxins that pose a high risk of aerosol-transmitted laboratory infections and life-threatening disease for which no vaccines or therapies are available.” 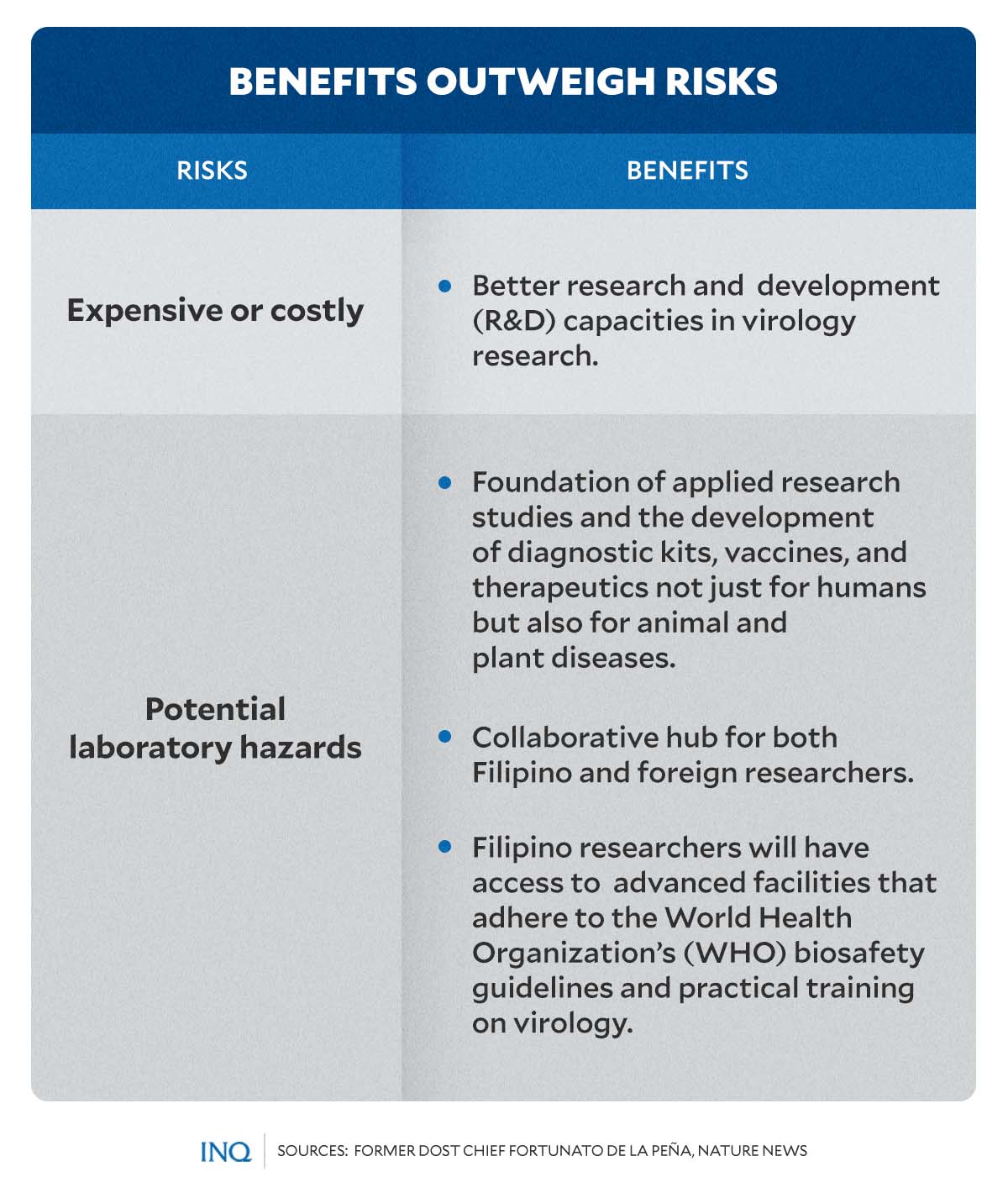 The VIP complex that is set to be constructed in New Clark City, according to BCDA, will feature facilities including a BSL-3 and BSL-4 laboratory building.

One of the risks discussed in the Nature article was the enormous amount of money required to maintain high-biosafety level facilities.

The article cited Illich Mombo, a virologist at the International Centre for Medical Research of Franceville in Gabon, who explained that most of his country’s laboratory budget—around 90 percent—is allocated for the maintenance and repair of the facility.

Thomas Ksiazek, a virologist who heads the high-containment operations at a BSL-4 facility in Texas, said the lab gets around US$12 million a year from the US National Institute of Allergy and Infectious Diseases for maintenance and operations.

Nature also cited Rohani Navarro, a veterinarian at the Philippines National Institute of Molecular Biology and Biotechnology in Manila, as saying that “she and her colleagues are constantly writing grant applications just to maintain their BSL-3 operations.”

“High-containment facilities can become like a white elephant that isn’t used,” said Navarro, emphasizing that some US$40,000 are needed for annual laboratory certification, which involves a thorough safety review.

Other concerns noted by some researchers and experts were the risks of having such facilities, which involve high-risk research, on the researchers themselves and the public.

“A large body of evidence suggests that SARS-CoV-2 jumped to humans from wild animals, probably at a live-animal market in Wuhan, China, but some scientists say they cannot exclude the possibility that the pandemic started with an enhanced virus that escaped from a lab, raising broader concerns about the risk of gain-of-function research,” the Nature article stated.

The Wuhan Institute of Virology, a BSL-4 laboratory, is located in Wuhan, a highly-developed province in China.

According to the Nature article, “[s]ome researchers also worry that having more of these labs will increase the risks associated with them, including the chance of workers being infected. Scientists say labs often struggle to find well-trained staff to run high-containment facilities.”

Citing Kim Sales, board member of the nonprofit organization Alliance for Improving Health Outcomes (AIHO), the article said “a survey of lab practices in the Philippines found that biosafety officers had only a weak understanding of biosafety.”

In an interview with INQUIRER.net, Sales, who researches health policy and health systems, said while she agrees that the hefty cost of maintaining high-biosafety level laboratories could become an issue especially in the Philippines, she also believes that some risks are simply unavoidable.

“The risks that they’re saying, that’s always there. It’s always a possibility,” she said.

She also said when she was a medical technology student at the University of Santo Tomas (UST), they had been made aware that the risk of working in labs is never zero. “There is always a risk. You are handling agents that can carry diseases,” said Sales.

The benefits of having BSL-3 and BSL-4 laboratories as part of the VIP, according to Sales, outweigh the possible risks that usually come with or are linked with such facilities—as discussed by the researchers cited in the Nature article.

“In general, if done right, as we continue to build capacity, I feel like [the] benefits of having a virology institute or BSL-4 lab outweigh the risks,” she told INQUIRER.net.

“As long as [we are in that] ideal situation [where] we increase capacity, we always protect everyone, [and] we increasingly do more sophisticated research […]  it can obviously only outweigh the risks of having those institutes,” she added.

Former Science & Technology Secretary Fortunato de la Peña had explained how the Philippines could benefit from having its own virology and vaccine institute.

“The DOST initiated the establishment of the VIP to have the necessary capability in conducting research to combat novel, emerging, and re-emerging viral diseases,” De la Peña had said in a statement. He added that the institute will serve as the country’s foundation of research and innovation on human, animal, and plant viruses in the next 10 to 15 years.

Current DOST chief Renato Solidum said that the virology and vaccine institute “would not only focus on viruses that will affect human health but also animals and plants.”

“This is not simply on human health so that we can develop vaccines, diagnostics, therapeutics, medical procedures, among others,” said Solidum.

Among the benefits of the VIP highlighted by the DOST were:

Solidum also described the VIP—also called the Philippine Virology Science and Technology Institute (PVSTI)—as a future “aspiration” in achieving “self-reliance” in the area of virology.

“We can never predict the next viral outbreak, but we can always be ready and be prepared for the challenges head-on,” he said.