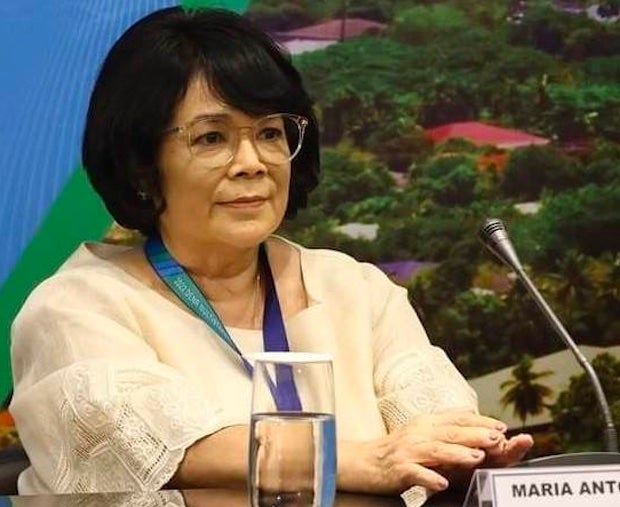 Loyzaga made the call on Wednesday during the Senate plenary session on the proposed 2023 national budget.

Sen. Raffy Tulfo had been grilling officials of the Department of Environment and Natural Resources (DENR) about the agency’s seeming lack of intervention when armed men encamped near Masungi and when its forest rangers were attacked.

“Crimes were happening. Our government should have intervened, and who should have spearheaded this? It should have been the DENR because that is a protected area,” Tulfo said, speaking in a mix of Filipino and English.

Senate President Juan Miguel Zubiri had also sought the DENR to head and create a task force along with the Department of the Interior and Local Government (DILG) to deal with incidents such as those that took place in Masungi.

Sen. Cynthia Villar, who sponsored the proposed P23.131 billion DENR budget, said a task force was already in place but the DILG had taken over the reins.

Loyzaga was then called to directly respond to the questions raised by the senators.

She said the DENR had no authority to conduct police action, which is why the DILG stepped in.

“The Masungi Georeserve issue is a very complex issue,” she said, noting that the conflict in the conservation area had been going on for five years.

“I do support, very respectfully, that the Senate and Congressional investigations take place so all of these details, these complexities may be put forward in full transparency for everyone to understand how complex this issue has become,” Loyzaga said.

Tulfo pointed out that the P13.9 million confidential and intelligence funds of the DENR should be used to pin down the bullies in Masungi.

“With this amount, you could probably tap a network of intelligence to identify the people who have been creating trouble at Masungi Georeserve,” he said.

Masungi was declared a protected area in 2011, but conflicts in the area arose since private settlements and establishments had already been at the site at that time.

Last September, there were reported sightings of more than 30 armed men encamped along the Marikina-Infanta Highway in the vicinity of Masungi.

And even before that, Masungi’s forest rangers had already been receiving threats and attacks for reporting illegal activities in the watershed.