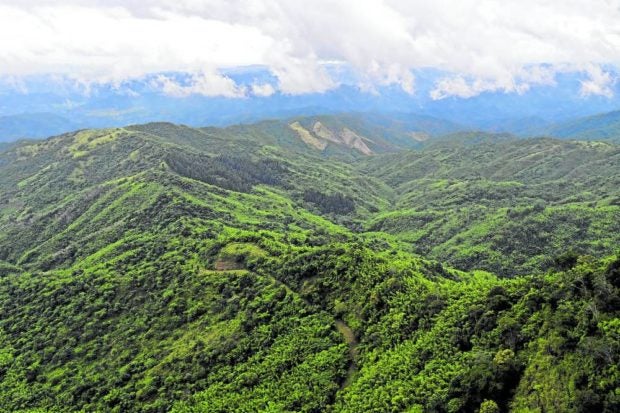 House Resolution 411 urged the House natural resources committee to launch an investigation in aid of legislation on the alleged “unlawful activities” in the protected area.

In a statement, Tanjuatco thanked his fellow lawmakers from Rizal for supporting the bid to “investigate the series of suspicious activities in Masungi Georeserve ranging from alleged land-grabbing, illegal fencing to alleged violation of environmental laws.”

“It has become truly alarming that the area… has been the subject of alleged illegal activities, violence and has disrupted the peace and order situation in the province of Rizal,” the resolution filed Friday read.

It added: “The environment occupies a pride of place in the fundamental laws of the land and the people must defend it and ensure that it is truly honored.”

The lawmakers cited recent incidents in the Masungi Georeserve, a conservation area in the Southern Sierra Madre range in Baras and Tanay, Rizal.

The resolution noted the reported encampment of more than 30 armed men along the Marikina-Infanta Highway earlier this month, as well as “unprovoked attacks” against Masungi Georeserve forest rangers.

It also claimed that the Masungi Georeserve Foundation Inc.’s activities “allegedly encroach well beyond” its 2017 management contract of the protected area with the Department of Environment and Natural Resources.

The MGFI was allegedly “impinging” into nearby protected areas such as the Upper Marikina River Basin Protected Landscape and the Kaliwa River Forest Reserve.

“The fences erected by MGFI allegedly restricted the rightful access of farmers and residents to and from the premises of Masungi which affected their means of livelihood and day-to-day activities, and more alarmingly, allegedly displacing the indigenous tribes in the area,” the resolution said.

It added: “Illegally-constructed fences likewise allegedly created road obstructions that impede the free and clear passage of motor vehicles and/or pedestrians as well as pose a danger to motorists and tourists plying the Marikina-Infanta Road.”