Masungi exec to DENR: We reforest amid danger, yet you question our contract? | Inquirer News 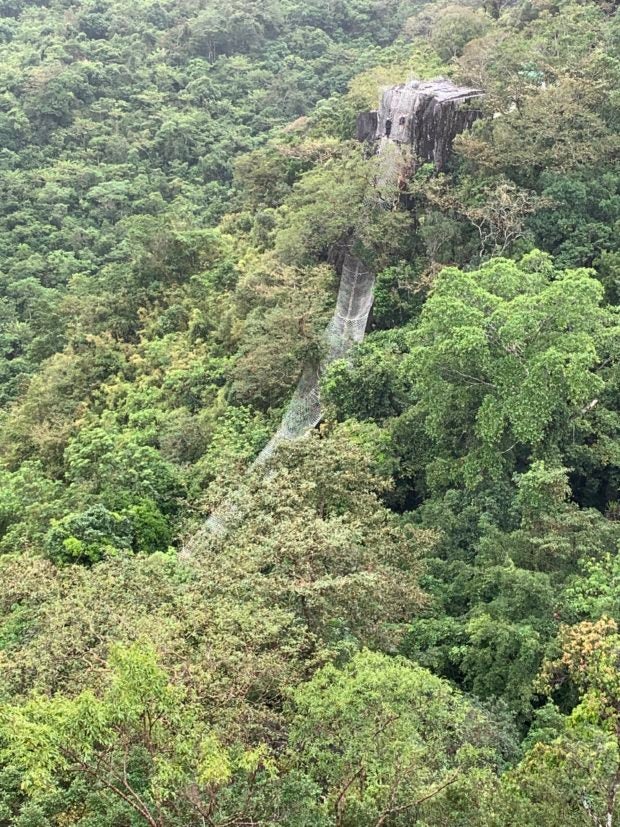 MANILA, Philippines — A Masungi Georeserve trustee has slammed a Department of Environment and Natural Resources (DENR) official for questioning the government’s contract with them, saying that they continue to reforest the area despite being “sitting ducks.”

During an ambush interview at the georeserve site in Rizal province, DENR Undersecretary Jonas Leones explained what the department would do after the Department of the Interior and Local Government (DILG) and the Philippine National Police secured the area amid fears of a private invasion.

Leones said that the DENR, as the steward of all publicly-owned lands like the Masungi Georeserve, would review all contracts entered by the government aside from claims of private ownership to the land.

“The illegal claimants here, we have told the media before that it is a complicated story. There are a lot of claimants here, from the Marikina watershed to the Kaliwa watershed. That’s why we are asking for time, we will review all of the claims here, including the existing tenured instruments,” Leones said in Filipino.

Masungi trustee Ben Dumaliang however refuted the DENR official, saying that the latter said the same things five years ago — before armed men started entering and threatening rangers in the georeserve.

“I owe it to the public to speak about what Usec. Leones said. He said the same thing five years ago, and he did not do anything. They questioned our contract five years ago, but until now they have not done anything,” Dumaliang said.

“In the meantime, we continue to reforest — our lives are in danger, we are being shot, but they would review the contract again? That’s a long issue already — it’s been five years, the government squandered five years just to conduct contract review?” he asked.

Dumaliang went on to say that there is negligence on the government’s part. However, he spared Interior Secretary Benjamin Abalos Jr. as he has only been in office since July, or after President Ferdinand Marcos Jr. took office.

“Definitely, there is negligence — but this is not under your administration,” he said, turning to Abalos. “It’s time the government acts, too much has been lost and our lives are in danger, ‘yong lives ng mga rangers namin, ‘yon ‘yong worry ko (the lives of our rangers, that’s my worry).”

“Gabi-gabi hindi kami makatulog dito (We cannot sleep soundly at night).  We are sitting ducks here because we are surrounded by sinasabi niya na (by what he called) illegal claimants,” he added.

The Masungi trustee went on to air his frustrations about DENR’s scrutiny of their contract, saying that it is the best contract the government can get because they are not entitled to any income as their role would only focus on reforesting the protected area.

“Kami, hindi claimants, hindi kami claimants (We are not claimants) because we are not interested in the land, we just want to bring back the forest for the country, as mentioned by Secretary Abalos under our contract we will not get any compensation, there will be no benefit to us,” Dumaliang explained.

“Any income will be plowed back into conservation. Where else can you find such an agreement, bakit kine-kwestyon pa ng (why is it being questioned by the) DENR? I cannot see any document, any contract more beneficial to the government than the one Masungi has,” he added.

Abalos pacified the tension between the two officials, saying that he is there to address possible gaps in the contract, and to ensure the safety of the rangers in Masungi. He also thanked Dumaliang for their efforts, saying that no one could contest the benefits that the Masungi team has brought.

“I haven’t seen the contract, maybe there are things that we can improve on, so we’ll address these one at a time. Number one, the conservation effort they did, for one, for me, it’s very good, I mean you have seen it. If not for them, maybe this area has been penetrated, and we would have seen restaurants. That should be acknowledged by everyone and I would like to thank you personally for what you do,” Abalos said.

“Now, if there are any gaps at all, if they need funds for expenses, if they need funds for security guards, maybe we can make this official, fill it up with positions. What can they do? Can they secure entrance fees? Can they obtain grants? Should they provide the excesses to the Philippine government, how much for the municipality of Tanay, how much for the province? These are the gaps mentioned,” he added.

Masungi grabbed headlines recently after volunteers reported armed men ‘encamped’ in areas near the georeserve. While DILG and PNP later claimed that the vehicles were meant to be fixed by a local mechanic, guns were seized from armed men seen in the area.

PNP later clarified that the guns were not confiscated but were obtained for proper identification. Therefore, no arrests were made during the inspections.