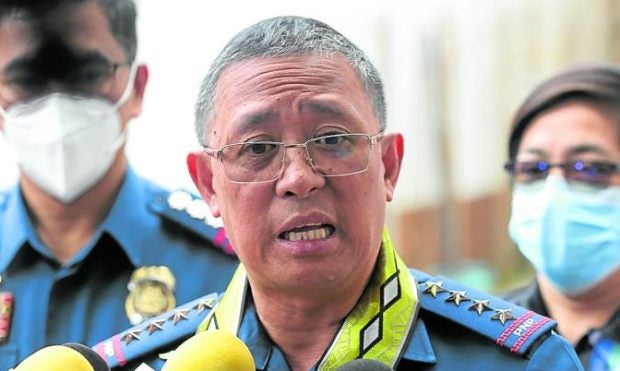 In a forum with the Foreign Correspondents Association of the Philippines (Focap) on Monday, Azurin said that 32 of the slain alleged drug offenders died during police operations, while 14 were killed by agents of the Philippine Drug Enforcement Agency (PDEA).

The number is smaller than the 127 drug-related killings, 57 of them by state agents, recorded in a study by the Third World Studies Center of the University of the Philippines and the Development Studies of Ghent University in Belgium.

The study, called “Dahas,” includes a running count of drug-related killings based on media reports. The current figure, which was released on Thursday last week, was culled from July 1 to Nov. 7.

It said the other people were killed by nonstate agents, such as armed insurgents or private individuals, or by unidentified or unknown assailants.

The 46 reported by Azurin and the 57 recorded by Dahas show a sharp drop from the more than 1,600 reported deaths of suspected drug offenders—users and dealers— killed in police operations in less than four months since Mr. Marcos’ predecessor, Rodrigo Duterte, took office on June 30, 2016.

The Duterte administration did not officially publish the number of drug suspects killed by state forces until May 2017, when it said 3,027 people had died in antidrug operations by then.

When he stepped down on June 30 this year, Duterte’s signature antinarcotics campaign left 6,252 people dead. Human rights groups say the actual number of deaths could be as high as 30,000.

“The PNP wanted to minimize as much as possible these killings,” Azurin said at the Focap forum. “We need to accept that some members in the community … don’t have that much trust in the PNP [but] we must consider the ‘war on drugs’ as a war for every Filipino.”

After he assumed the post of PNP chief in August, Azurin vowed to uphold the protection of human rights in waging an intensified war on drugs without the numerous killings on the streets that characterized Duterte’s campaign.

In his visit to the Western Visayas police regional headquarters last week, he said that “this time, we can say that we don’t just go on the ‘kill, kill, kill’” mode.

He made the remarks as Justice Secretary Jesus Crispin Remulla left for Geneva, Switzerland, to present the Philippine government’s efforts to protect and promote human rights before the United Nations Human Rights Council.

In an earlier event at Camp Crame on Monday, Azurin touted the confiscation of P9.7 billion worth of the illegal drugs since July by the PNP.

The “aggressive” police campaign against illegal drugs also led to the arrest of 22,646 suspects in 18,505 antidrug operations.

The PNP has shifted its antidrug campaign from cutting supply to reducing demand, he said.

This approach looks at drugs as not just a law enforcement issue, but as a multisectoral problem that would need the help of the health department, the schools, and the communities to solve.

“This is not the work of the police alone. All the sectors of the country should work together to address the problem of illegal drugs. It doesn’t matter how big the drug supply is if there is no one who will patronize it in the first place,” he said at Crame.

Azurin added that he had directed police officers to draw their guns only when their lives were in danger.

“My policy that I emphasized to every police officer is that we will not endanger their lives. We minimize the use of force in arresting drug suspects. But definitely, when they are in danger, they have to defend themselves,” he said.

He noted that the number of drug suspects who had been killed over the past five months was “very minimal because we opt to focus on engaging other sectors.”

“We are partnering with the religious sector so that at their level, they can engage the suspects at the barangay level so they can just surrender and stop their illegal activities,” he said.

At the Focap forum, Azurin declined to comment on the antidrug campaign of the Duterte administration, saying he was not involved in it.

But he defended “Oplan Tokhang,” the first component of PNP’s Oplan Double Barrel, the blueprint of the Duterte administration’s war on drugs.

Tokhang calls for the surrender of small-time drug dealers, while its counterpart, Oplan High-Value Target, goes after the “big fish” drug traders.

Tokhang, coined from the Visayan word “toktok” (knock) and “hangyo” (persuade), directs lawmen to seek out illegal drug dealers and ask them to turn their backs on their criminal activities.

“I think there was just a misconception on the policy on [Oplan] Tokhang. Generally, the main purpose was just to spread awareness in the community about the [effects of illegal drugs],” he said.

But now that the public had already “reached the awareness [level that the PNP needed],” Azurin said it would continue with the previous administration’s “Adore,” or the Anti-Illegal Drugs Operation through Reinforcement and Education, which he said was a “multifaceted reinforcement and education-based strategy.”

Crimes against humanity: Justice out of reach for EJK victims in PH drug war