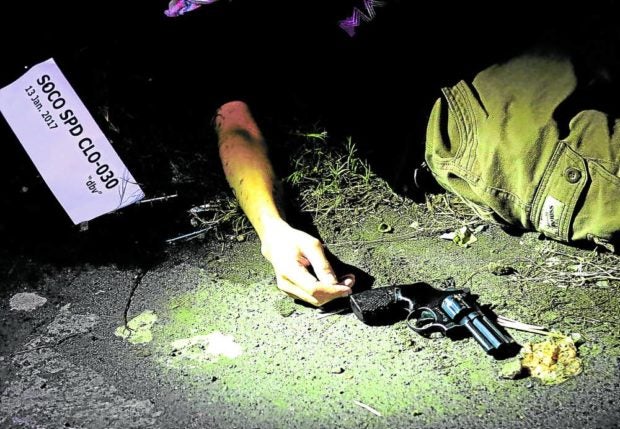 The body of a suspected drug pusher lies along a street in Pasay City after he was killed during a buy-bust operation. (Philippine Daily Inquirer /file photo)

MANILA, Philippines — The International Coalition for Human Rights in the Philippines (ICHRP) supported the International Criminal Court’s  (ICC) rejection of the government’s appeal to end the investigation on the supposed drug war abuses under the administration of former president Rodrigo Duterte.

This was after ICC prosecutor Karim Khan released a 21-page response on September 22 rejecting the appeal of the Philippine government to discontinue the probe on the said issue.

“The response of Prosecutor Khan points out the weakness of the November 2021 request of the Duterte government, which argued for suspension of the ICC investigation on the basis of jurisdiction of the tribunal, gravity of the crimes committed, and supposed domestic mechanisms which can investigate and prosecute those involved in the killings,” ICHRP chairperson Peter Murphy said in a statement.

The national government, through the Office of the Solicitor General, sent its request to the ICC on September 8, citing three main reasons — lack of jurisdiction, admissibility, and complementarity.

The ICHRP noted that “Khan’s response demonstrates that no such domestic mechanisms exist on a wide scale, and that no valid argument exists to dispute the jurisdiction of the ICC in regard to these alleged crimes against humanity.”

In addition, the coalition cited a report from Investigate PH, an independent group monitoring the situation of human rights in the Philippines.

Investigate PH said that they presented and analyzed the testimonials of witnesses and forensic evidence to refute the government’s argument that the thousands of victims were killed by police officers in the act of self-defense.

On top of this, Murphy stressed that the coalition strengthens the call of the drug war victims and the civil society for the cooperation of the national government in the investigation of ICC.

Murphy further said that the ICHRP amplifies the call of Investigate PH to other intergovernmental bodies, including the United Nations Human Rights Council, to conduct their independent investigation and look into the human rights situation in the country.

“The international community must stay vigilant and hold the current and past administrations accountable until justice is achieved for all victims of these crimes against humanity,” Murphy added. Christian Paul Dela Cruz, INQUIRER.net trainee