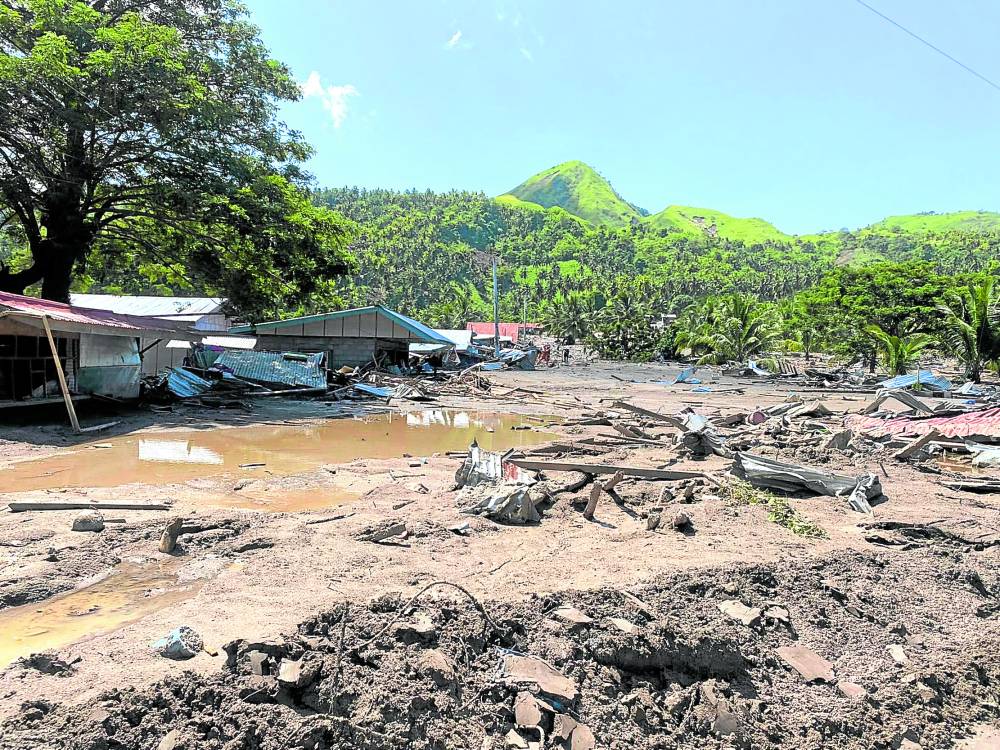 COTABATO CITY—Military personnel involved in the search operation for persons buried in the massive landslide that hit the Teduray community in Datu Odin Sinsuat town in Maguindanao del Norte was halted at 5 p.m. on Wednesday to give way to the clearing operation on Thursday.

Authorities expected to find more bodies at the site as death toll from among Teduray who lived in a relocation site at Sitio Tinabon, Barangay Kusiong of the town rose to 24.

But the number of the remaining missing persons was only four, not 100 as earlier reported, Teduray leader Timuay Alim Bandara told the Inquirer on Thursday.

Bandara said they were still trying to take care of survivors, aside from keeping tab of the dead and the missing from Sitio Tinabon, where quite a number of households were buried at the height of the flood and landslide brought about by the continuous rains spawned by last week’s Severe Tropical Storm “Paeng” (international name: Nalgae).

As of Thursday, the death toll for the entire Bangsamoro Autonomous Region in Muslim Mindanao (BARMM) rose to 63, accounting for most of the 66 deaths in Mindanao, the National Disaster Risk Reduction and Management Council said. The disaster body also reported 17 missing and 40 injured in the BARMM.

Galido said the mud that had covered the relocation site and buried alive the Teduray residents in the area had already started to harden under the sun.

Survivors have recounted how mud with boulders rammed their houses and buried almost an entire area where the Tedurays, who used to live along the shoreline, were relocated in 2020.

Since the search and rescue operations started on Friday morning up to Monday, 32 bodies were recovered in the entire Datu Odin Sinsuat town while 31 injured were rescued.

BARMM also reported eight deaths in the town of Upi, seven in Datu Blah Sinsuat, three in Barira, Maguindanao del Norte; one death in South Upi, Maguindanao del Sur; one in Indanan, Sulu province; and one in Bongao, Tawi-Tawi province.

A total of 226,027 households or 570,285 individuals are affected by the calamity in 469 barangays across the region, according to BARMM.

Damages to crops and livestock were placed at P227.82 million in the region, according to the report. —WITH A REPORT FROM GERMELINA LACORTE

Over 100 homes buried, but rescuers fail to find bodies