Cordillera families grapple with high prices as inflation climbs to 6.6% 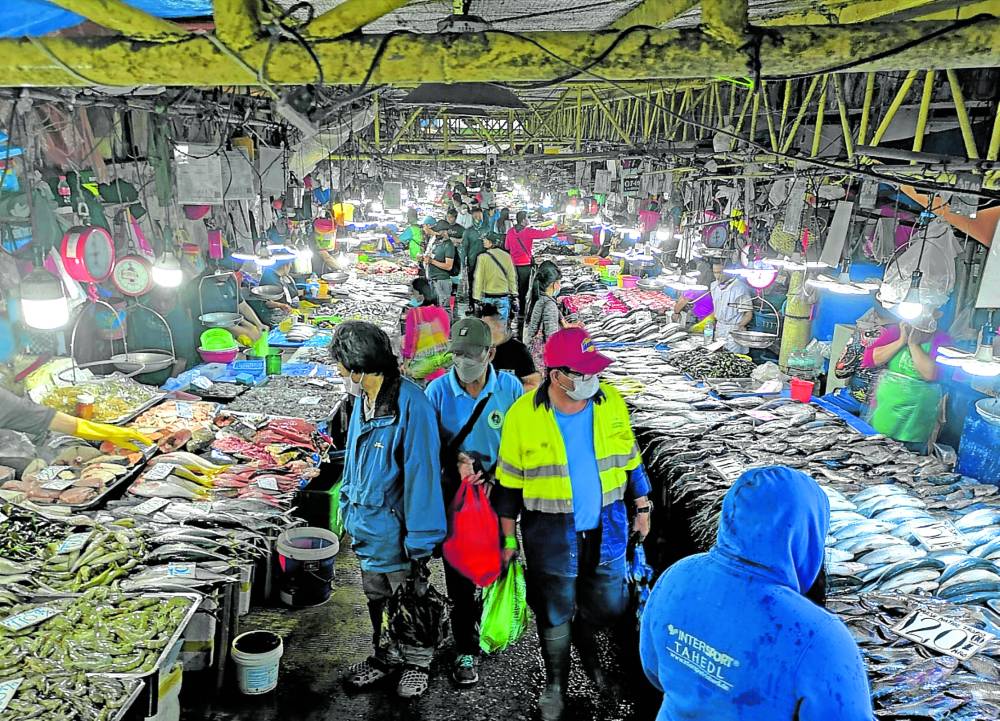 TRADE CONTINUES Inflation in the Cordillera has shot up again in September to 6.6 percent, but the region’s recovering economy will be able to withstand it given a rebound of its gross regional domestic product last year, regional economists say. Vendors selling vegetables, fruits or fish continue to earn despite high prices as shown in this photo taken in September. —EV ESPIRITU

BAGUIO CITY—Rising fuel prices in the Cordillera again pulled up the inflation rate from 6.5 percent in August to 6.6. percent in September, with Apayao and Mountain Province displaying the highest degree of inflation among the highland provinces, the Philippine Statistics Authority (PSA) said.

The quantity of goods that a Cordilleran household used to buy for P100 in 2018 is now worth P114.20, which is the region’s consumer price index for September, according to the PSA data released on Oct. 28.

Inflation reflects the impact of rising prices on the purchasing power of the peso in the region.

In the Baguio metropolis, which has been jumpstarting the region’s economic recovery, the peso’s purchasing power is equivalent to 88 centavos; and 86 centavos for the region, given the weakening of the currency against the US dollar.

“In 2021, nearly 10 in every 100 individuals in the region belong to the poor population [people below the poverty threshold] whose incomes were not sufficient to purchase minimum basic food and nonfood needs,” PSA said in its report.

Public transportation became expensive when inflation increased from 26.6 percent in August to 28.4 percent in September, Bahit said in an online forum on Oct. 28.

Bus fares went up from 3.7 percent to 5 percent, as diesel consumed in the Cordillera had an inflation spike from 69.7 percent in August to 73 percent in September.

Mountain Province has a 9.1 percent inflation rate, although its transport inflation reflected a slight increase from 23.4 percent in August to 23.5 percent in September.

But transport inflation in Abra dropped from 21.3 percent in August to 20.1 percent in September.

The expenses of Abra families for housing, water, electricity, gas and other fuels also slid down from 19.3 percent in August to 14.1 percent in September. The province’s overall inflation rate in September also dropped to 6.6 from 7.5 in August.

Abra had been the epicenter of two strong earthquakes, the first rocking north Luzon on July 27 and the second occurring on Oct. 25.

Helping accelerate inflation in the Cordilleras were electricity (24.4 percent); education services (1.6 percent) now that schools have reopened; clothing and footwear (3.4); recreational services, including restaurants and hotels (7.7 percent); as well as continuing health needs (3.0 percent) because of the prevailing pandemic.

Stephanie Christiansen, Cordillera assistant director of the National Economic and Development Authority, said this year’s high inflation was triggered by the pandemic lockdowns, Russia’s invasion of Ukraine and the depreciating peso.