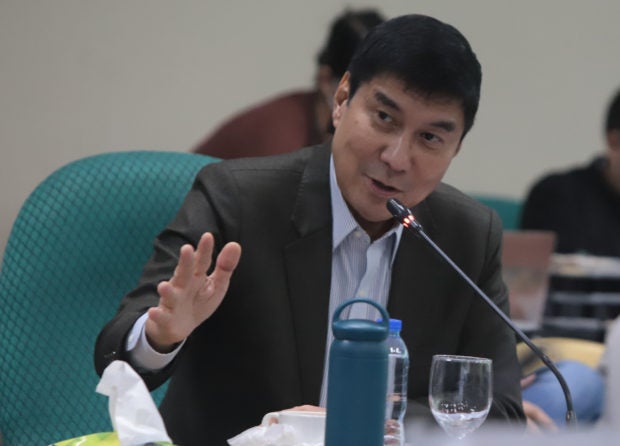 MANILA, Philippines — A mix of old names and a new name was in Senator Raffy Tulfo’s list of agricultural smugglers, claiming that officials from the Department of Agriculture (DA) know their operations but fail to stop them.

Tulfo, during the Senate finance subcommittee’s hearing on the DA budget, mentioned four names — a certain Michael Yang, an Andrew Chang, a Lea Cruz, Manuel Tan — as people allegedly behind agricultural smuggling in the country.

After Tulfo asked whether DA officials present at the Senate know these people, subcommittee chair and Senator Cynthia Villar also sought for answers, claiming that those in DA know very well who the four names are.

“Michael Yang, this is the biggest name in smuggling.  Michael Yang, Andrew Chang, Manuel Tan.  DA officials present there appear to be feigning ignorance Madam Chair, it seems they had a sudden case of amnesia or dementia,” Tulfo said in Filipino.

“Who would answer questions about the four names?  You know them, my God, answer it, as far as I know Lea Cruz is connected with onion and garlic […] Who would answer?  Can you explain to them the names because it seems they had amnesia,” Villar told Tulfo.

In response, Tulfo detailed the supposed scope of operations of the four individuals, saying that of all the names mentioned, the certain Michael Yang is the ‘kingpin’ of vegetable smuggling, with operations all over the country.

Tulfo also claimed that DA officials are unable to speak because they are ‘friends’ with these alleged smugglers.

“Manuel Tan is a vegetable smuggler based on Subic, Cagayan de Oro, and Batangas.  Lea Cruz operates at the MICP (Manila International Container Port) and Cagayan de Oro.  Andrew Chang is at MICP, while Michael Yang is all over the Philippines, this Michael Yang can smuggle vegetables in all of the ports in the country,” he said.

“The information that has reached me is that the reason why DA officials cannot talk is most of them are ‘friendships’, friends with the people I mentioned earlier.  This Michael Yang appears to be the kingpin in vegetable smuggling, and he likes to befriend people from the DA,” he added.

Three of the four names — Tan, Chang, and Cruz — were already mentioned in former Senate president Vicente Sotto III’s list of agricultural smugglers.  Sotto bared the list last April 2022 — during the 18th Congress, when the Senate committee of the whole probed agricultural smuggling.

Sotto said he obtained a dossier from the intelligence units of DA and the Department of Trade and Industry.

In Sotto’s exposé, a fourth name was mentioned — that of Tuburan, Cebu Mayor Democrito Diamante; the name Michael Yang was not mentioned.

It is unclear however if the Michael Yang listed by Senator Tulfo is the same Michael Yang who was once former president Rodrigo Duterte’s economic adviser, who was also probed by the Senate for his alleged involvement in the Pharmally Pharmaceutical Corp. mess.

Bureau of Plant Industry (BPI) officer-in-charge Gerald Glenn Panganiban meanwhile assured Tulfo that they are working against smuggling, adding that they have heard of the names the Senator mentioned.

However, Tulfo was still dissatisfied with the assurance, saying that the BPI and DA could have taken proactive measures like monitoring the four individuals and the shipments they are getting, to ensure that agricultural smuggling would be stopped.

“Personally, I do not know the people you have mentioned but regarding our efforts on, as what you said, their efforts to smuggle items […] ever since we were designated to the BPI two months ago, we have continuous efforts to coordinate to prevent these agricultural smuggling,” Panganiban said.

“This Michael Yang roams around MICP, this Manuel Tan, this Andrew Chang, the Bureau of Customs knows about this, and I know you also know it.  Maybe you do not know them personally, but maybe you know that they are smugglers.  Maybe you can monitor their shipments,” Tulfo said in reply.