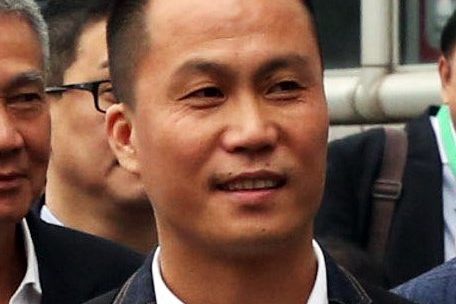 MANILA, Philippines — The Senate blue ribbon committee has recommended the deportation of former presidential economic adviser Michael Yang over his alleged role in the deals between Pharmally Pharmaceutical Corp. and the government.

In response to the panel’s bid, Yang’s legal counsel said the Chinese businessman “looks forward to his day in court.”

The office of Senator Richard Gordon, chairman of the blue ribbon panel, released on Tuesday the committe’s draft partial report. The panel has been investigating the government’s pandemic-related deals with Pharmally since August last year.

Among the recommendations is the filing of cases against Yang “to support deportation of an undesirable alien.”

The draft report alleged that Yang violated the National Internal Revenue Tax Code, which it said justifies the filing of criminal charges against him, his declaration as an undesirable alien, and immediate deportation.

“Despite decades of lucrative and peaceful sojourn in our country, his care is not for others who had not only been hospitable to him, but also even allowed him to amass great wealth,” the draft report read.

“He has no healthy respect for law for he had always been sheltered by the mayor, and now the chief executive of the land. He displays arrogance during hearings, evincing a lack of respect for authority,” it added.

The draft report noted that during the hearings, it was found that Yang currently owns several multi-million properties across the country, including Davao mall chain DCLA, and other buildings in Manila and Clark, Pampanga.

When asked about his businesses, Yang had refused to disclose the source of his funds and business interest for fear that “he will lose customers,” it added.

When he first testified before the Senate blue ribbon committee, Yang also denied having direct relations with Pharmally Pharmaceutical Corp.

READ: Pharmally’ borrowed money’ from Yang, to be paid with gov’t funds – exec

However, it was disclosed in one of the hearings that Pharmally had “borrowed money” from Yang to help them fulfill some of the government’s orders in 2020.

The Chinese businessman insisted that his friends, not him, funded Pharmally in some of its contracts with the government.

“We discovered that in almost a quarter of a century of staying in the Philippines, conducting lucrative businesses, he started paying taxes only recently in 2018, declaring income of Php 288,000 for the year, and paying a measly amount of Php 7,600.00. Financing the Pharmally contracts was a sure way of washing his cash. He, for all intents and purposes, is the co-conductor of this horrible mess,” it added.

Sought for comment, Yang’s legal counsel, Atty. Raymond Fortun, said the “conclusions in the report have no legal nor factual basis, done NOT in aid of legislation but for solely for reelection.”

“Mr. Yang looks forward to the report being handled by an impartial investigation body that would decide the case based on actual evidence instead of hallucinations,” he added.

Regarding the deportation case recommended against his client, Fortun said: “There is a process for deporting an alien. Mr. Yang looks forward to ‘his day in court.’”