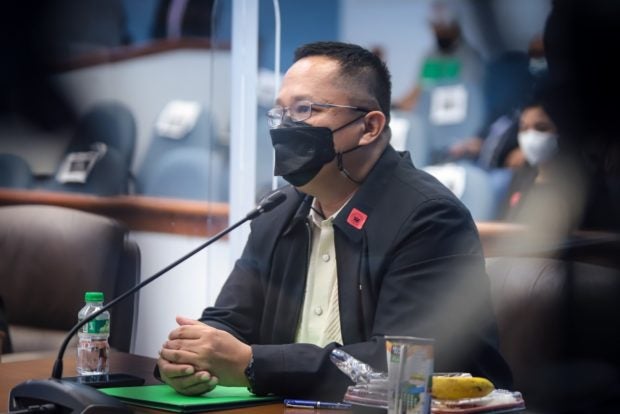 MANILA, Philippines — The National Intelligence Coordinating Agency (NICA) is investigating a list of 20 “smugglers,” including an importer tagged as the “onion queen” operating in Cagayan de Oro,  and their “protectors” in government, senators were told on Tuesday.

This, as the Senate Committee of the Whole resumed its investigation into the smuggling of agricultural products into the country.

“As to the list of players, smugglers that are allegedly enjoying protection from the DA (Department of Agriculture) and BOC (Bureau of Customs) officials, we do have a list,” said NICA Director Edsel Batalla, who is the agency’s focal person to the government’s sub-task group on economic intelligence (STG-EI).

“More than 20 [names], including the protectors,” he added.

Batalla, however, stressed that the list is still up for validation.

Before this, Senate President Vicente Sotto III, who chairs the committee, mentioned four names included in a list he received himself.

“I have received a list of ‘players’ or smugglers who are said to be being protected by some government officials,” Sotto said.

Among them includes a certain Manuel Tan operating in Subic, Cagayan de Oro and Batangas, according to Sotto.

Sotto also mentioned a certain Andrew Chang, a certain Luz Cruz, who the Senate president said has been tagged as the “onion queen,” and a certain Jun Diamante.

Batalla confirmed that all the names mentioned by Sotto are also included on NICA’s list. Still, he said this is still being validated.

“I cannot divulge other names, because I am not in the position to disclose this classified information, this has to be validated, it might cause undue embarrassment to those who are listed,” Batalla said.

“The validation process is quite tedious because we have to check our own database, if they don’t have any records on our database, we have to check with the intel community and do some investigation on the ground level,” he added.