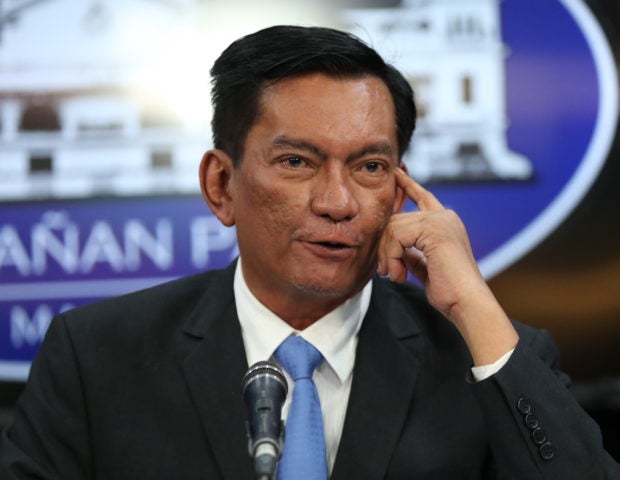 MANILA, Philippines — A study pointing to the Philippines as the most disaster-prone country in the world should be enough to push the government to create a new agency that would manage calamities, Albay 2nd District Rep. Joey Salceda said on Friday.

In a statement, Salceda reiterated that the current office tasked to handle disasters, the National Disaster Risk Reduction Coordinating Council (NDRRMC), is not adequate as the lawmaker believes coordinating councils are created for special events and not a regular occurrence for many people.

The lawmaker, a strong advocate of disaster preparedness measures since he was a local official in Albay, believes that the House of Representatives is prepared to tackle the issue of a new department agency.

“Things like, say, a fiesta or a special international event are what you need coordinating councils for. Disasters, especially when they are a key feature of our socioeconomic reality, need something stronger, more permanent,” Salceda said.

“That is why I am prepared, and I believe the House shares this sentiment, to compromise on the size of the agency needed, if that is what it takes for a permanent agency to be set up,” he added.

Salceda made the remarks after the World Risk Report 2022 by Germany-based Bündnis Entwicklung Hilft and the Institute for International Law of Peace and Armed Conflict at Ruhr University Bochum (IFHV) showed that the Philippines is the most disaster-prone country in the world due to its high risk, exposure, and vulnerability to disasters and calamities

According to the study’s World Risk Index where 193 counties were included, the Philippines had the highest disaster risk with an index score of 46.82. Salceda said this is a huge jump from last year’s score of 21.39, highlighting the effects of climate change.

During the onslaught of Super Typhoon Karding, Salceda made the same remarks, noting that the NDRRMC is not enough to manage disasters hitting the country.

While the current administration of President Ferdinand Marcos Jr. had expressed support for the creation of an agency dedicated to addressing disasters, there are arguments as to whether the new agency should be an entire department, or an attached agency only to save funds.

During the aftermath of the Northwestern Luzon earthquake last July 27, Marcos agreed with proposals from his sister, Senator Imee Marcos, that there is no need to create another department to address disaster issues.

Salceda said it does not matter if the agency would not be an entire department as long as it is better equipped compared to the NDRRMC. According to the lawmaker, the new agency may be like the National Economic and Development Authority (NEDA), which is not a department but is headed by a cabinet-member official.

“It can be an agency like the NEDA that is not necessarily a Department, but whose head is a cabinet member. It can also be like the Presidential Management System, whose head is also cabinet-rank, but which is fully subsumed in the Office of the President,” Salceda said.

“Anything that allows us to build capacities for disasters, and to implement programs, activities, and projects on a regular basis. Anything that brings disaster-related concerns straight to the highest levels of government decision-making. That is better than what we have now,” he added.