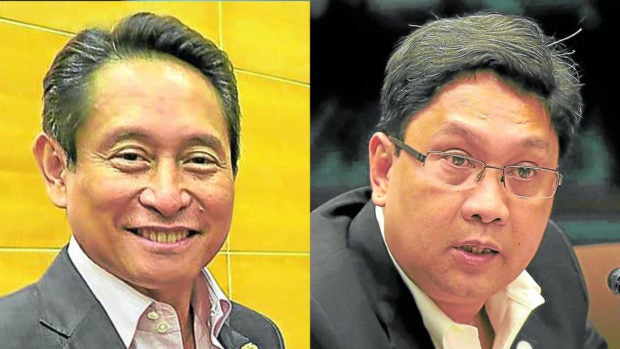 MANILA, Philippines — President Ferdinand Marcos Jr. is considering three media veterans, two of them government officials, for press secretary in place of Trixie Cruz Angeles who resigned over “certain medical conditions” on Tuesday. One of them, Transportation Undersecretary Cesar Chavez, confirmed on Wednesday that he was contacted “a few days ago” by an “authorized” individual he did not identify.

“I mentioned that my concentration is the rail sector. I said that I am not interested in the press office of Malacañang,” he told reporters in a phone interview. Still, Chavez said he was open to the idea, adding: “I asked for an opportunity to process this offer and at the same time, if there’s a chance, discuss what could be done.”

He disclosed that also being considered for the post were Mike Toledo, head of government relations and public affairs of the Manuel V. Pangilinan-led Metro Pacific Investments Corp., and former Cavite Rep. Gilbert Remulla.

In a chance interview with reporters on the sidelines of a Department of Environment and Natural Resources (DENR) event, Toledo said he was open to accepting the position.

A former press secretary of then President Joseph Estrada, Toledo was seen with President Marcos at the DENR multi-stakeholder forum in Manila.

“I’m not in a position to dwell on it. But let me just say, given the opportunity to serve, why will I say no?” he said. “Who am I to say no? I will be humbled and it will be an honor and privilege to serve under the Marcos administration.”

Toledo said that he was not aware of any shortlist although for him, it would be “an honor” to be considered for the post.

“Can you imagine, of all the possible talents out there, a lot of talents out there, good people, brilliant minds, dedicated people as well who I’m sure [are] more than willing to serve in government, and yet I’m one of those in that shortlist,” he said.

Remulla, currently a member of the Philippine Amusement and Gaming Corp. (Pagcor) board of directors, also confirmed a similar offer.

“I’m in a process of deep discernment,” he told the Inquirer in a text message.

“However, I am at Pagcor, enjoying and concentrating on my role here as director. I’m flattered I’m being considered and I serve at the pleasure of the President,” Remulla said.

Aside from Angeles, Jose Calida also stepped down on Tuesday as Commission on Audit chair “for many reasons.” Both were among several Cabinet officials bypassed by the Commission on Appointments which ran out of time to confirm presidential appointees before Congress went on recess last week.

On the same day, the Palace also announced the departure of former executive secretary Victor Rodriguez from the Cabinet, contrary to an earlier announcement that he had been appointed presidential chief of staff.

“I confirm that I have completely exited the administration of President Bongbong Marcos, after having spoken to him at length about my wish to spend most of my time with my family—a very personal decision that was happily made,” Rodriguez said in a post on his Facebook page.

“As for my continued silence on matters related to my previous position as the executive secretary, the fundamental reason for this is the fact that all communications that have transpired between the President and myself are absolutely privileged, something which I shall continue to honor in full recognition of and respect to both the Office of the President and the Office of the Executive Secretary,” he added. The series of departures, meanwhile, prompted a lawmaker to advise Mr. Marcos to be “discerning and cautious” in appointing Cabinet members to avoid wasting public funds on paying “undeserving functionaries.”

Opposition lawmaker Albay Rep. Edcel Lagman said in a statement that “when Cabinet secretaries so early in their tenure vacate their posts, either voluntarily or forcibly, then the vetting process on their appointments is grossly wanting.”

DOTr Chavez confirms being eyed for press secretary: ‘I am thinking about it’