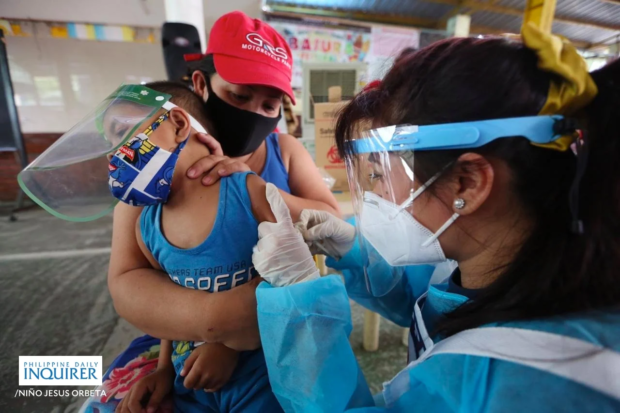 MANILA, Philippines — The Department of Health (DOH) has recorded a total of 450 measles and rubella cases so far this year, 153 percent higher than 2021.

The DOH released this data — covering the period Jan. 1 to Sept. 17 — on Wednesday, after earlier warning of an impending measles outbreak by 2023 if the vaccination coverage of children against the said virus does not improve.

So far, two deaths have been reported in these cases, each occurring in August and September.Most measles and rubella cases were recorded in the following regions: Calabarzon with 70 cases, Central Visayas 61 and Metro Manila, 47.

Meanwhile, 68 cases were recorded in the most recent 28-day period from Aug. 21 to Sept. 17, with the following regions registering the highest number of infections:

He added: “In the long run, we need to build capacity for vaccinating against common diseases. That is one function that an institutionalized Center for Disease Control can boost.”

Salceda made the remarks after DOH officer in charge Maria Rosario Vergeire said the agency needs more funds to hire more vaccinators and improve vaccination coverage because over one million children missed their routine vaccines during the pandemic, including measles shots.

There are three million children eligible for the measles vaccine, but are still unvaccinated.

The DOH has recorded 370 measles cases since the start of the year, which is a 157 percent increase from the 144 cases during the same period in 2021.Salceda described the situation as “an epidemic waiting to happen, especially once you get these children together in closed spaces like schools.”

Salceda urges students to get vaccinated vs measles