DOTr Chavez confirms being eyed for press secretary: ‘I am thinking about it’ | Inquirer News

DOTr Chavez confirms being eyed for press secretary: ‘I am thinking about it’ 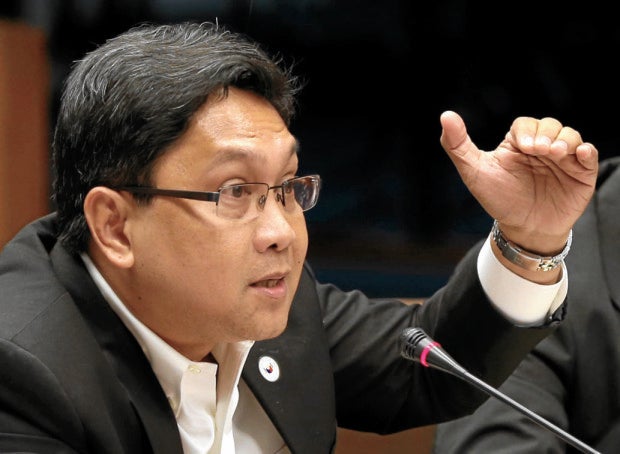 MANILA, Philippines — Transportation Undersecretary for Railways Cesar Chavez on Wednesday said he was aware that he was among those being considered to assume the post of press secretary, noting that he was still “thinking about it.”

Should Chavez take up the position, he will be replacing lawyer Trixie Cruz-Angeles, who stepped down as press secretary on Tuesday due to health reasons.

“I was informed that I am being considered for the position. Yes, I was informed,” he told ABS-CBN News’ Headstart when asked if he was offered to serve as press secretary.

Chavez, however, did not reveal who from the Office of the President informed him about being among the names eyed for the post.

“I’m even surprised to be included in the list. There are more qualified, highly qualified [people] for that position. I expressed no interest in that position,” he added.

Asked if he would accept to serve as press secretary, if offered, he said, “I am thinking about it, and I am discussing it with my family…I said I did not apply. I said I did not express interest in that, but I’m part of the Marcos administration. I’m a good soldier. I really don’t want to preempt.”

Chavez later expressed belief that he could be of better use if he continues his work in the rail transport sector as, he said, “this is going to be a good legacy of the Marcos administration.”

“There are many railway projects in the country. I think I can do more service to the country if I focus on the railway sector,” he explained.

Chavez served as a news anchor and station manager for DZRH before he began his stint in the Department of Transportation. He was also the chief of staff of former Manila Mayor Isko Moreno, but he resigned from the post in October 2021, citing health reasons.