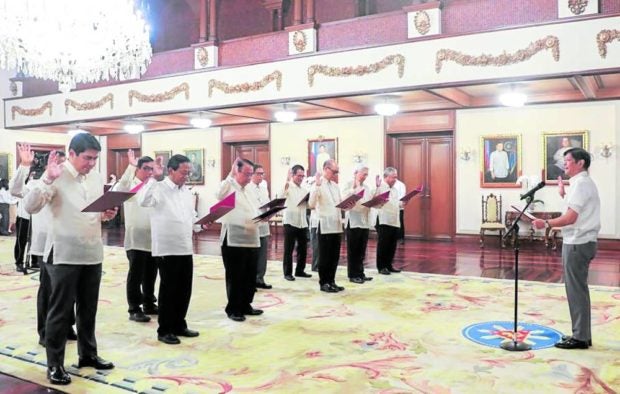 WHO STAYS,WHO GOES | The new Executive Secretary Lucas Bersamin is now the “little president” and No. 1 member of President Ferdinand Marcos Jr.’s official family. He and other Cabinet members bypassed by the Commission on Appointments last week retake their oath before Marcos at Malacañang on Tuesday. The Palace has not announced replacements for Commission on Audit Chair Jose Calida and Press Secretary Trixie Cruz Angeles, who both quit their posts also on Tuesday. Former Executive Secretary Victor Rodriguez, despite earlier reports, was not given a new position as presidential chief of staff. (MALACAÑANG PHOTO)

Angeles cited health conditions in quitting her post on Tuesday, while Calida gave multiple reasons that were not immediately disclosed to the public.

Rodriguez, who was supposed to have assumed a new Cabinet-rank office as the presidential chief of staff, “is no longer a member” of Marcos’ official family, according to the new Executive Secretary Lucas Bersamin.

The day of Cabinet exits began with Angeles’ brief statement to reporters: “I tendered my resignation this morning, effective end of business hours today due to health reasons.”

“It was a pleasure working with you,” she said.

The official said Marcos had not appointed a replacement for Angeles, even as the chief executive thanked her for her service to the administration.

“Hopefully in the near future we will have a new press secretary,” Guevara said.

Angeles’ resignation came weeks after she committed a blunder during a September press briefing when she falsely stated that only Marcos had been accommodated by US President Joe Biden for a bilateral meeting on the sidelines of the United Nations General Assembly in New York City, out of many requests from other nations.

In August, the Office of the Press Secretary also courted controversy when Angeles said state-run media would get priority access to information and interviews under the president’s “single-messaging policy.” 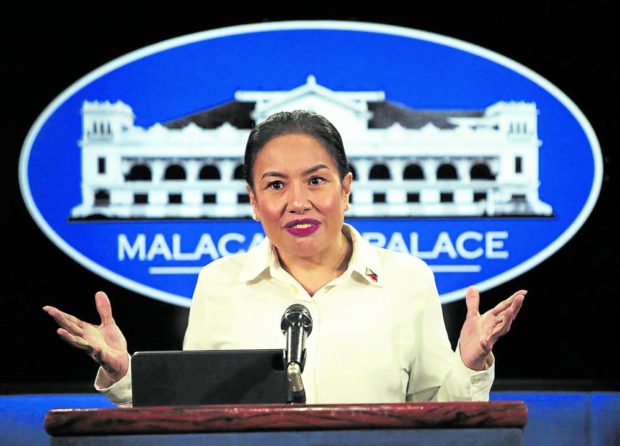 Angeles, along with Calida and Rodriguez, was among the Cabinet officials bypassed by the Commission on Appointments (CA) as the body ran out of time to confirm presidential appointees before Congress went on its mandatory recess last week.

On Sept. 17, Rodriguez announced his resignation after only 79 days as the president’s executive secretary, a position informally called the “little president” as the top-ranking executive in the Office of the President.

Rodriguez had said he was leaving office because he wanted more time with his family, describing being executive secretary as “a 24/7 job with myriad topics expected to be attended to every day.”

“Equally valuable, however, is to witness firsthand your young family grow and evolve into how every parent would wish them to become and they most need me too,” Rodriguez said. 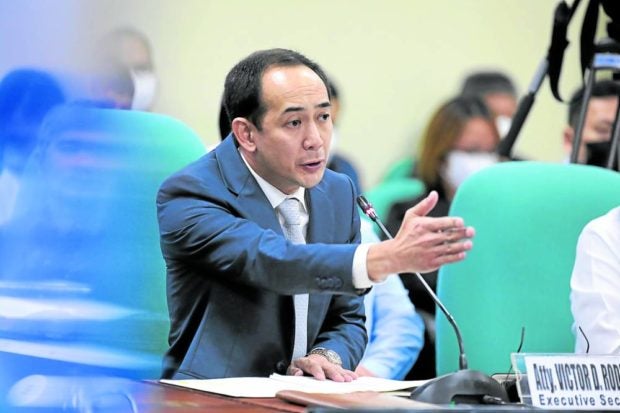 Shortly after his resignation, Angeles announced that the president had given Rodriguez a new role, under Administrative Order (AO) No. 1, as the presidential chief of staff, a position with “the rank and emoluments of a Cabinet secretary.”

Not in Cabinet anymore

But on Tuesday, Bersamin told Palace reporters that Rodriguez was not in Marcos’ Cabinet anymore.

The former chief justice also denied the existence of AO 1, saying: “To our knowledge, there is none.”

“He (Rodriguez) is no longer a member of the Cabinet. You must recall that he resigned due to a specific reason and that reason is well-published,” Bersamin added.

In a Sept. 15 memorandum to the President seen by reporters, Enrile wrote that: “There is no need to create the position of the presidential chief of staff, much less grant it so much power.”

Rodriguez’s brief stint had been marred by scandals, including his purported role in an “illegal” order to import 300,000 metric tons of sugar, supposedly to address a shortage that had steeply raised its retail price. 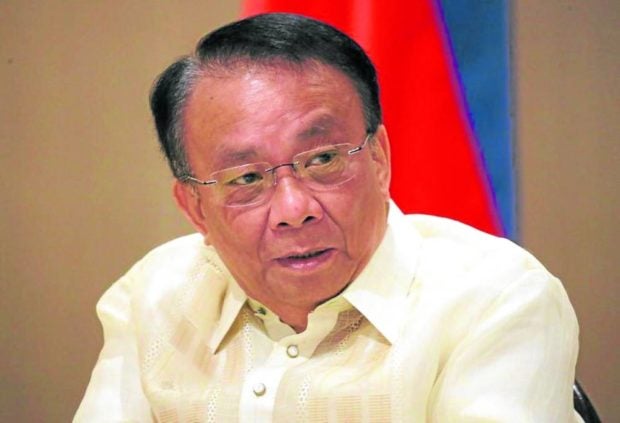 But the Palace defended Rodriguez and the Senate President cleared him of complicity after a series of hearings.

In July, early into Marcos’ term, Rodriguez’s name was also dragged into an alleged scheme that offered a plum government position for P100 million to a potential appointee who had the backing of a religious group. He denied the allegations, saying: “We cannot be held to explain something that is unverifiable or plain rumor.”

At the same briefing, Bersamin announced that Calida had resigned from his post as head of the COA, an agency that examines how public funds are spent.

“He tendered his resignation for many reasons but it’s up to him to later explain to you or publish to you what were his reasons but we accepted that with regret and we commended him for his patriotism for serving for a short while,” Bersamin told reporters.

Calida served as the solicitor general during the Duterte administration, defending the government in high-profile cases before the courts.

At the COA, however, he had mostly kept out of the public eye. 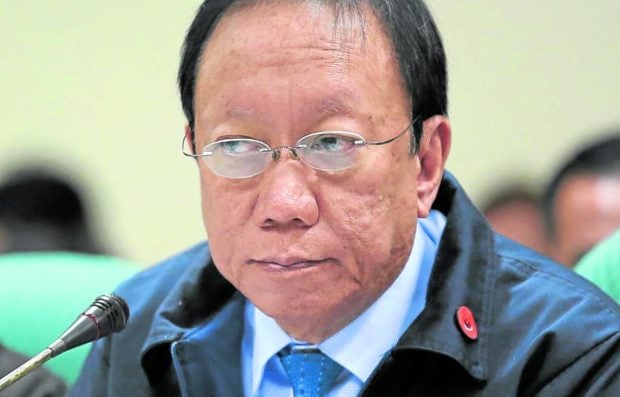 Also on Tuesday, President Marcos readministered the oaths of the officials who were not confirmed by the CA.

Information and Communications Technology Secretary Ivan John Uy, who was also bypassed by the CA, was also reappointed but could not take his oath as he was in Romania, according to Bersamin.

The last two Cabinet members confirmed by the CA were Budget Secretary Amenah Pangandaman and Foreign Secretary Enrique Manalo on Sept. 28, the last day of session.

Under the rules of the CA, which is composed of senators and House members, bypassed appointments “shall be returned to the President and, unless new nominations or appointments are made, shall not again be considered by the Commission.”

Congress resumes its session on Nov. 7.

Not rehired?: Trixie Angeles not on list of reappointed Cabinet execs

No specific orders from Palace, just ‘do what is right’ – Calida

Read Next
Teachers’ Day: Of loans, pawned ATM cards and meeting Sara
EDITORS' PICK
Lawmakers eyeing more changes in Maharlika plan
How not to retire as an ex-president
Hidilyn Diaz wins only gold missing from her collection
Shop smarter with vivo’s big 12.12 holiday deals
The vivo Y02 is now available in the Philippines for only PHP 5,299
House energy committee chair Arroyo bats for cheap electricity
MOST READ
Don't miss out on the latest news and information.