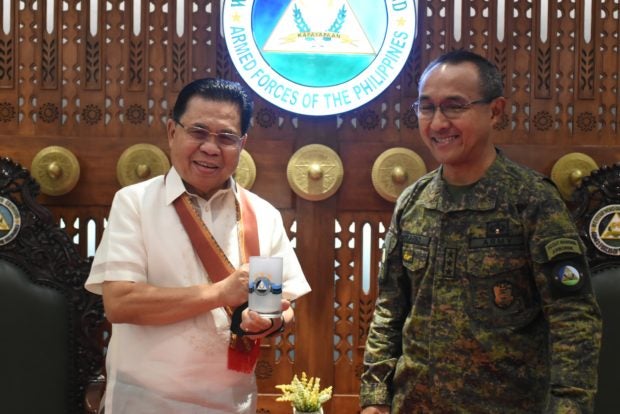 Rosario was the 14th commander of Wesmincom, which covers areas that are the main fronts in the country’s fight against terrorism.

While at the helm of Wesmincom, he presided over continuing military gains of fighting groups linked to the Islamic State, especially in Sulu, that resulted in the rebirth of the local economy.

With retirement, Rosario said he was looking forward to spending more time with his family.

In the absence of an appointment by President Ferdinand Marcos Jr. for a replacement for Rosario, Marine Brig. Gen. Arturo Rojas, deputy Wesmincom commander for external defense operations, was designated acting commander by Lt. General Bartolome Vicente Bacarro, chief of the staff of the Armed Forces of the Philippines.

Bacarro said a shortlist of candidates for Wesmincom’s top post, most of whom come from Mindanao assignments, had already been drawn up

Presidential peace adviser Carlito Galvez Jr., who used to be Wesmincom commander, said it would be logical to assign an officer who has vast experience in the command and the place to ensure familiarity with the social dynamics and its political characters.