Calida: No specific orders from Palace but ‘do what is right’ | Inquirer News

No specific orders from Palace, just ‘do what is right’ – Calida 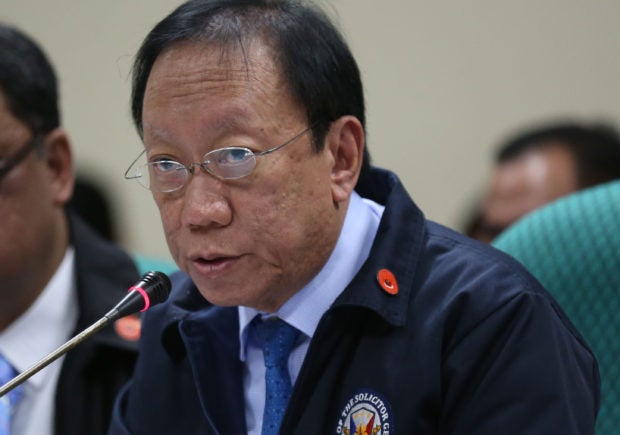 Jose Calida, the solicitor general of the Duterte administration, is the COA chief under the Marcos administration. (File photo by JOAN BONDOC / Philippine Daily Inquirer)

MANILA, Philippines — President Ferdinand “Bongbong” Marcos apparently did not give any specific instructions to newly-installed Commission on Audit (COA) Chairperson Jose Calida, aside from giving him free rein to do what he would need to do.

In a statement issued on Monday, Calida said that he met with the president at Malacañang Palace last Thursday — on the COA chief’s 72nd birthday — for his oath-taking.

During the ceremony, Calida said Marcos told him to do what is right.

“We are just officially named to lead the COA, and now it’s really time to start the real work. Time to get the job done.  We’re very happy to see each other. He’s happy, and we respect each other,” Calida said.

“I did not ask for anything nor even asked for this job. I was named to handle this job, and I humbly accepted it.  There’s no immediate marching order — no pressure, but to do what’s right. And he has given me the will to do what I have to do. I told him: Don’t worry, I’ll take care of everything there,” he added.

It was unclear whether Calida was put under quarantine as he had close contact with Marcos, who tested positive for COVID-19 last Friday — a day after the two officials supposedly met.

Marcos, who was reportedly nursing a slight fever, is steadily improving, according to Press Secretary Trixie Cruz-Angeles.

Last June 29, Cruz-Angeles announced that Marcos had tapped Calida, the former solicitor general under the previous administration of  Rodrigo Duterte, to head COA.

On July 4, Calida visited the COA main office on Commonwealth Avenue in Quezon City, where he was welcomed by the commission’s employees.

In a brief interview with reporters, the COA chair said that, as usual, they would win against their adversaries.

Calida’s designation drew controversy. When he was still solicitor general, he was responsible for the separate quo warranto petitions against then-Chief Justice Ma. Lourdes Sereno and the ABS-CBN Network.

Sereno was removed from office by other Supreme Court justices, and ABS-CBN failed to secure a new franchise after their old one expired last May 2020.

Calida’s petition did not immediately lead to ABS-CBN’s shutdown, but the National Telecommunications Commission (NTC) admitted that the petition played a part in its issuance of a cease-and-desist order against the network.

Both Calida and Malacañang insisted, however, that warning NTC about ABS-CBN was not meddling in the issue, as the Office of the Solicitor General (OSG) is the lawyer of the government — which meant advising public offices covered by its mandate.

Advising NTC is not meddling in ABS-CBN franchise issue – OSG