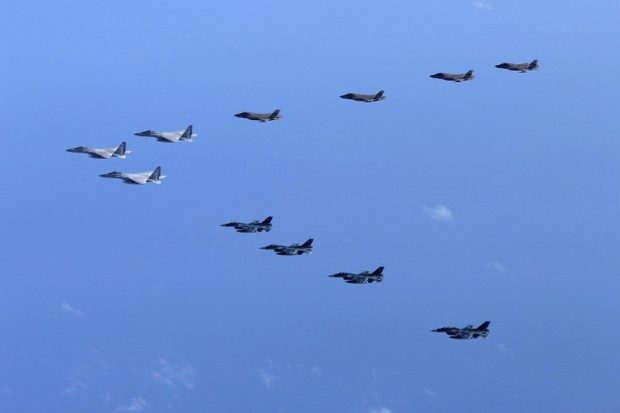 Japanese and U.S. fighter jets conduct a joint drill over the East China Sea on Tuesday. Courtesy of the Defense Ministry’s Joint Staff Office via The Japan News/Asia News Network

TOKYO — The Air Self-Defense Force of Japan and the U.S. military conducted joint drills with 12 fighter jets over the East China Sea west of Kyushu on Tuesday, soon after North Korea test-fired a ballistic missile earlier in the day.

The Defense Ministry made the announcement, saying the drill was intended to demonstrate the readiness and cooperation between Japanese and U.S. forces.