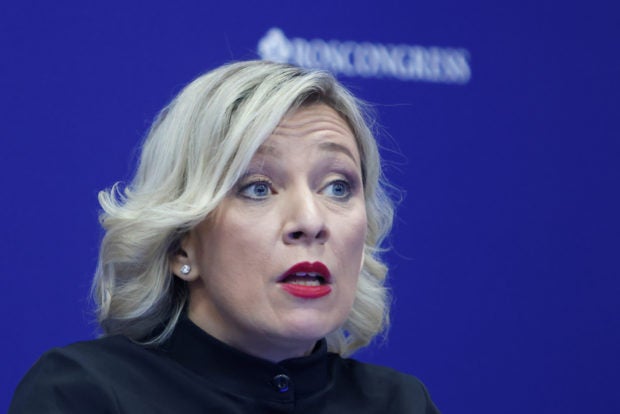 ASTANA — Kazakh authorities on Wednesday rejected a demand from Russia that they expel Ukraine’s ambassador over comments about killing Russians, chiding Moscow for what they called an inappropriate tone between “equal strategic partners.”

Russia’s ties with Kazakhstan and some others of its ex-Soviet allies have become strained during the war in Ukraine, notably over attempts by President Vladimir Putin to renege on post-USSR border agreements in the country’s east.

Tensions escalated after Ukraine’s ambassador in Astana, Petro Vrublevskiy, said in August in an interview with a local blogger, referring to the war in Ukraine, that “the more Russians we kill now, the fewer of them our children will have to kill.”

Russia demanded that Kazakhstan expel the diplomat in response, but Astana instead asked Kyiv to replace him, telling him his comments were unacceptable for a country with a large ethnic Russian minority.

Russian foreign ministry spokeswoman Maria Zakharova on Tuesday said Moscow was “outraged” by the fact that Vrublevskiy was still in Astana, and had summoned the Kazakh ambassador.

Kazakh foreign ministry spokesman Aibek Smadiyarov on Wednesday called Zakharova’s tone “discordant with the nature of the allied relations between Kazakhstan and Russia as equal strategic partners,” adding that the Russian ambassador would in turn be summoned to the Kazakh ministry.

Smadiyarov said Vrublevskiy would leave Kazakhstan once a new Ukrainian ambassador was in place.

Kazakhstan has traditionally maintained close economic and security ties with Russia, but distanced itself from Moscow after it invaded Ukraine in February.

Astana has called for a peaceful resolution of the conflict – which Moscow terms a “special military operation” – and refused to recognize referendums through which Russia annexed parts of Ukraine.