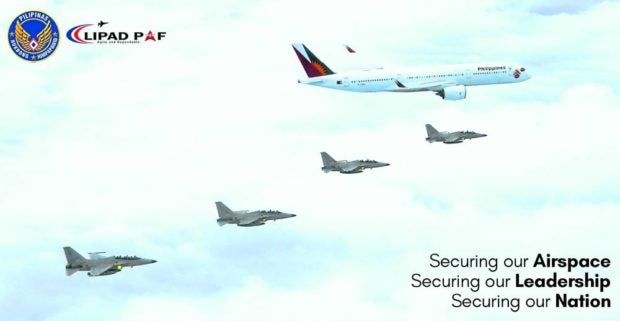 MANILA, Philippines — More than half of the Philippine Air Force’s (PAF) 12 FA-50 light fighters are currently nonoperational due to scheduled maintenance and delayed delivery of spare parts.

In a Senate budget hearing on Tuesday, PAF vice commander Maj. Gen. Arthur Cordura said only five out of the 12 fighters are in condition to respond when needed, translating to an operational readiness of around 40 percent.

The pandemic further delayed the delivery of spare parts, he said, adding that the readiness rate of the FA-50s was also affected by challenges in procurement and “the utilization of the aircraft during unprogrammed times like the Marawi campaign.”

“As per our experience in procurement of spares, there are really challenges. But RA 9184 (Government Procurement Reform Act) has provisions for us to facilitate orderly procurement also and right now our logistics system, the Air Force, through a DND directive, we are allowed to incorporate performance-based logistics in our system. This will give us leverage in the timely arrival of our spares,” he said.

The FA-50 lead-in fighters were described as “game changers” during the Marawi siege, a five-month battle between government troops and Islamic State-linked militants in 2017. Top security officials had said the conflict could have lasted longer without these jets providing air support for ground troops.

The Philippines acquired 12 units of FA-50 lead-in fighter trainers from Korea Aerospace Industries for P18.9 billion during the Aquino administration to enhance the country’s territorial defense capabilities amid China’s increasing aggression in the West Philippine Sea.

The PAF was once considered among the finest in Asia, but its inventory of aircraft had deteriorated over time without replacement due to funding problems and the painstaking process involved in modernizing the military.

The public got to see the five operational FA-50s flying together on Sept. 25 when they escorted the aircraft carrying the homebound President Ferdinand Marcos Jr. and his entourage as it reentered Philippine airspace, following his six-day working visit to New York.

The fighters’ escort mission coincided with a maritime patrol mission in the western part of Luzon, Air Force chief Lt. Gen. Connor Anthony Canlas, who flew one of the jets, told the Inquirer on Sunday.

The FA-50 jets are considered “transition air assets” while PAF works on its goal to acquire 12 multirole fighters for air defense and interdiction roles. The Air Force is choosing between the Lockheed Martin F-16 and the Saab JAS 39 Gripen.

AFP: Final batch of FA-50 fighter jets delivered by May