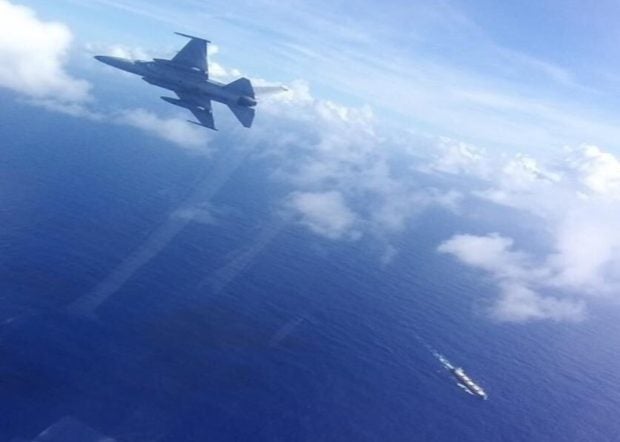 “The unidentified aircraft was heading towards Philippine airspace. Coordination with the CAAP classified it to be an unknown track of interest,” PAF said in a statement.

The unknown aircraft was at 21,000 feet flying at 265 knots heading northeast. 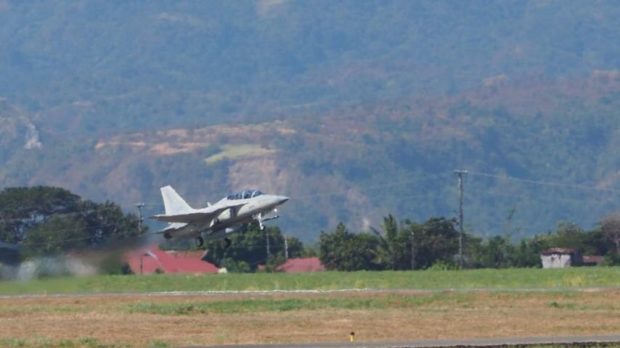 An FA-50 Aircraft light fighters takes off to intercept an “unknown aircraft” that approached the Philippine airspace last Thursday, September 2, 2021. (Photos from PAF)

The Air Force said PADCC issued a scramble order to two FA-50 stationed at the Air Defense Alert Center. They were given the mission to intercept the unknown aircraft for visual identification.

To “scramble” a military plane means to quickly mobilize an aircraft into air to intercept or respond to a possibly hostile aircraft.

Air Force spokesman Lt. Col. Maynard Mariano told reporters that the agency could not tell the intent of the aircraft in approaching the country’s area of responsibility. He said there was no radio response from the unknown aircraft.

This was not the first time that the FA-50 tried to intercept an “intruding” aircraft, according to Mariano.

In its statement, PAF noted that in the past decades, aircraft flying without clearance would willfully violate the Philippine airspace knowing that they will not be challenged.

“Today our airspace is being closely monitored jointly by the Philippine Air Force and the Civil Aviation Authority of the Philippines,” it added.

Defense Secretary Delfin Lorenzana, in a budget hearing last Wednesday, said 367 aircrafts with unknown tracks were detected and challenged since January. He said 103 of these aircraft responded and 264 did not.