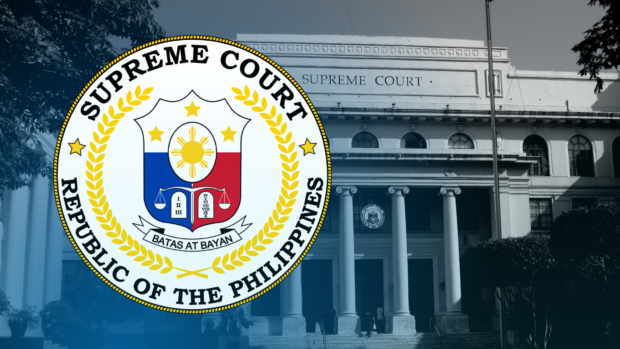 MANILA, Philippines — The Supreme Court on Tuesday warned of punitive action against individuals who threaten judges, speaking for the first time since a Manila Regional Trial Court (RTC) judge received death threats after she decided last week to dismiss a government petition to outlaw the communist party and its armed wing.

Lawyers, judges and fellow alumni of Manila RTC Branch 19 Judge Marlo Magdoza-Malagar condemned the threats against her and her husband, University of the Philippines Cebu chancellor Leo Malagar, who were vilified and red-tagged for her Sept. 21 decision.

“The Court sternly warns those who continue to incite violence through social media and other means which endanger the lives of judges and their families, and that this shall likewise be considered a contempt of this court and will be dealt with accordingly,” the high tribunal said in a statement.

It was not the first time that the court has spoken against attacks on members of the bar and the bench.

In March 2021, the Supreme Court directed all lower courts to help in the investigation of threats and attacks against members of the judiciary.

“To threaten our judges and our lawyers is no less than an assault on the judiciary. To assault the judiciary is to shake the very bedrock on which the rule of law stands. This cannot be allowed in a civilized society like ours. This cannot go undenounced on the court’s watch,” the court said.

The court’s public information office said the justices on their own tackled on Tuesday the “statements made by a certain Lorraine Badoy” containing threats against Malagar.

In a Facebook post two days after Malagar decided on the proscription petition by the Department of Justice (DOJ) against the Communist Party of the Philippines (CPP) and the New People’s Army (NPA), Badoy accused the judge of “lawyering” for the insurgents and called her 135-page decision “a judgment straight from the bowels of communist hell.”

The former spokesperson for the government’s anticommunist task force called Malagar a “friend” and “true ally” of the CPP, NPA and the National Democratic Front of the Philippines (NDFP).

Malagar ruled that alleged atrocities cited by the DOJ to support its 2018 petition were acts of rebellion that did not satisfy the law’s definition of terrorism.

In a post that appeared to be a direct threat of violence against Malagar, Badoy said: “If I kill this judge and I do so out of my political belief that all allies of the CPP-NPA-NDF must be killed because there is no difference in my mind between a member of the CPP-NPA-NDFP and their friends, then please be lenient with me.”

Supreme Court spokesperson Brian Hosaka told reporters the court had not yet ordered Badoy to comment on a possible contempt case against her as the justices were still discussing the matter.

On Tuesday, around 200 lawyers signed a joint statement calling on the Supreme Court to hold Badoy accountable for her “direct attack against the judiciary and its officers that is intended to undermine public confidence in the justice system.”

The statement said that “the grave and disturbing threats and scurrilous statements” against Malagar and other members of the judiciary were “beyond the bounds of fair and reasonable criticism.”

The lies and libelous accusations against judges and lawyers would “erode the people’s faith in our courts and justice system” if left unchecked, the statement said.

The Free Legal Assistance Group (Flag), which was founded during the martial law regime of the late ousted dictator Ferdinand Marcos, said Badoy was criminally liable for the statements she made against Malagar and for baselessly calling the judge’s husband a communist sympathizer.

“Badoy’s threat is not protected speech—it is a felony. Her Red-tagging of the spouses Malagar violate their rights under international law and Philippine law. Her irresponsible posts against them and others clearly indicate that she will continue to act with impunity unless she is held accountable,” Flag said.

The Movement Against Disinformation said Badoy’s statements were “maliciously designed to manipulate and sway the public opinion and impel violence and action against an identified and targeted member of the bench.”

The Chevening Alumni Foundation, which counts Malagar among its members, denounced the attacks against the judge and others who were only “exercising their rights or performing their duties to respect human rights.”

The prestigious Chevening Scholarship of the UK government chooses scholars from around the world for their potential to make positive change in their home nations.

During Tuesday’s budget hearing for the Department of the Interior and Local Government, Kabataan Rep. Raoul Danniel Manuel got a commitment from the Philippine National Police that it would investigate threats against Malagar.

Manuel said Badoy also had expressed her desire to create a group that would set up an “ideal” justice system free from “terrorist vermin.”

He quoted her saying in a post that her organization “will start bombing the offices of these corrupt judges who are friends of terrorists even if they kneel before us and beg for their lives.”

Another group that spoke against Badoy was the BPO Industry Employees Network (BIEN) which said in a statement that its former president, Lean Porquia, was also red-tagged by Badoy after Porquia tweeted about her threats against Malagar.

Badoy allegedly called Porquia, son of slain Bayan Muna leader in Iloilo Jory Porquia, a “CPP-NPA-NDF active operative” and the BIEN a “front organization for infiltration” of the BPO industry.

“These vilifications can lead to threats, harassment, surveillance and may even escalate to illegal arrests, trumped-up charges or extrajudicial killings,” the group said.

—WITH REPORTS FROM JEANNETTE I. ANDRADE, DONA Z. PAZZIBUGAN AND INQUIRER RESEARCH