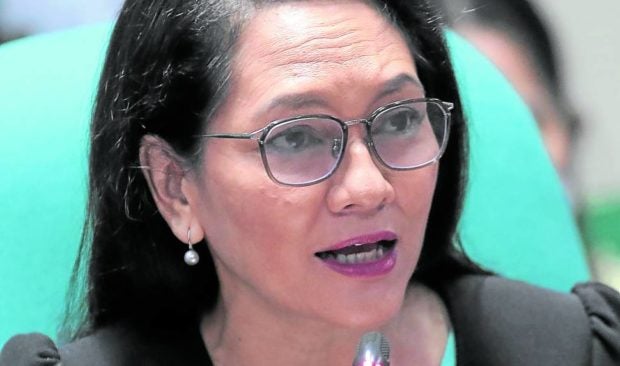 Hontiveros defended Pogo workers amid the Department of Justice (DOJ) plan to deport them, particularly the Chinese nationals illegally working in the offshore gaming industry.

The Bureau of Immigration said that criminal elements among Chinese workers threaten their deportation, as do immigration violations, such as passing themselves off as tourists when they are actually workers.

(The enemy is the syndicates and the systems and policies that help their modus prosper.)

(While those with bad intentions benefit, the workers – Filipino or other nationals – continue to be abused.)

READ: PNP: At least 5 groups may be into Pogo-linked kidnappings

Hontiveros asserted that under international conventions, the government is responsible for protecting Pogo workers who fell victim to trafficking.

“The recently-passed Expanded Anti Trafficking Act of 2022 actually included, as part of the guarantee of protection and services to trafficked foreign nationals, practical needs such as the provision of interpreters and coordination with their embassy in the Philippines,” Hontiveros said.

Citing the 18th Congress’ investigation, the opposition senator lamented that most Pogo workers are victims of syndicates such as labor and sex traffickers.

Currently, the Senate committee on public order and dangerous drugs is looking into alleged spate of abduction incidents in the country. Pogos were linked to the supposed kidnapping “surge.”

Amid rise in Pogo-related kidnapping, PNP to ramp up police visibility in key cities