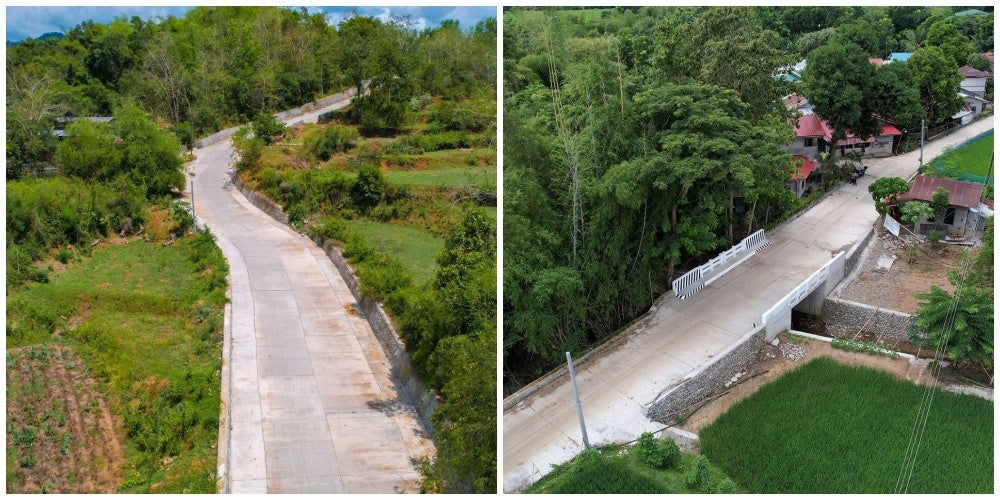 “DPWH is committed to build better projects nationwide to stimulate economic activities with the end in mind of improving the lives of our fellow Filipinos,” DPWH Secretary Manuel Bonoan said in a statement Friday.

The two-lane Burgos-Lidlidda Road, which connects the towns of Burgos and Lidlidda, was successfully constructed, according to DPWH Region 1 Director Ronnel Tan’s report to Bonoan.

The project includes the concrete paving of a 388-meter road that boosts Ilocos Sur’s road network leading to tourist sites such as the Katayagan View Deck in Lidlidda, Simminublan Natural Water Park in Burgos, and an alternate road to Payegpeg Falls in San Emilio.

Meanwhile, Tan also reported the renovation of the new Palali Norte Bridge in Sta. Lucia – specifically, constructing a higher flat-slab bridge with a width of 8.22 meters and a 20-meter approach on both sides.

The expanded bridge will now provide “wider and safer” access to motorists in Barangay Palali Norte, the DPWH noted.

DPWH further noted that the Burgos-Lidlidda Road and the widened Palali Norte Bridge were built by the DPWH Ilocos Sur Second District Engineering Office for a total of P12.28 million and P4.9 million, respectively, from the General Appropriations Acts of 2021 and 2022. — Lyka Farillon, intern