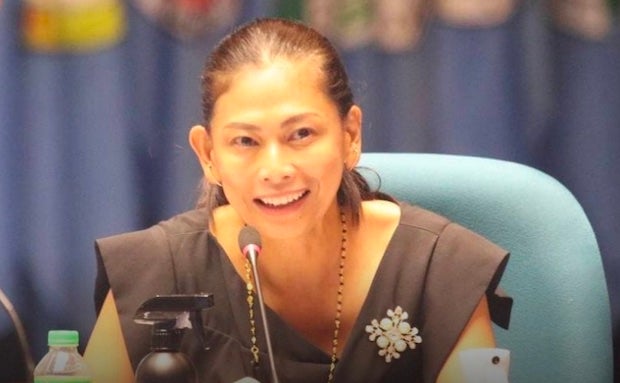 MANILA, Philippines — Marikina 2nd District Rep. Stella Quimbo said the tradition of extending parliamentary courtesy to offices of the land’s highest officials must be respected, clarifying that their proposed budget for 2023 will still be up for debates at the plenary level.

Castro questioned on September 14 the  decision of the House committee on appropriations, which Quimbo is vice chairperson of, to terminate the budget deliberation of the OVP in just around seven minutes, as courtesy to Vice President Sara Duterte who was present.

“Well unang-una sa lahat it has been a long-standing tradition and tingin ko naman bilang tradition it’s something that we need to respect, and at same time lilinawin ko lang po ‘no, ‘yong nangyari naman po is we extend a parliamentary courtesy for the budget briefing,” Quimbo said.

(Well first of all it has been a long-standing tradition and I think as a tradition, it’s something that we need to respect, and at same time I would just clarify that what happened is that we extended a parliamentary courtesy for the budget briefing.)

(I would just clarify, when it comes to plenary debates, the budgets of the OP and the OVP would still be included, so discussions would continue.)

During the appropriations panel’s hearing on the OVP budget briefing, it was Minority Floor Leader and 4Ps Rep. Marcelino Libanan who moved to end the deliberations out of courtesy to Duterte.

Libanan said that Castro and the Makabayan bloc will just ask questions at the plenary, but fellow Makabayan lawmaker and Gabriela Rep. Arlene Brosas complained they were not given the chance to ask questions.

Brosas said only the three Makabayan lawmakers, including Kabataan Rep. Raoul Manuel, signed up to question the OVP budget.

Castro said that Congress should break its habit of servitude. The lawmaker argued that the public should be allowed access to and scrutiny of all government agency budgets.

Budget not yet approved

The earliest the House can approve the whole 2023 proposed budget is by September 28, she said.

(And I would just like to clarify, because some thought that the budget was approved quickly, that is not the case because not a single budget has been approved.  We begin plenary debates tomorrow, and the earliest possible approval may happen on September 28.)

Previously, Quimbo and the rest of the Majority officials have vowed to pass the budget on or before September 30, or before both houses of Congress adjourns its session.  This would give the Senate time to check the budget before it resumes its session by November.

Members of the opposition have criticized the proposed OVP budget for being way bigger than Duterte’s predecessor, former vice president Leni Robredo.  However, OVP spokesperson Reynold Munsayac on September 1 defended the P2.2 billion fund for the “good governance” program, which he said will be utilized primarily for the OVP’s public assistance plans.