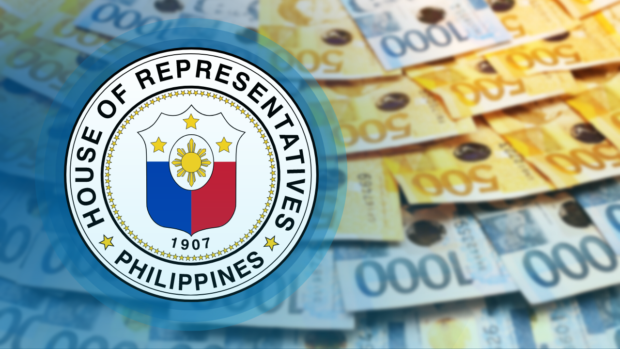 UPDATED MANILA, Philippines — The House of Representatives is still poised to approve the proposed 2023 budget before it goes on a recess by October, Marikina 2nd District Rep. Stella Quimbo said on Tuesday.

Quimbo, during the Ugnayan sa Batasan Majority press briefing, told reporters that 14 out of the 34 agencies have already briefed the House committee on appropriations about their respective budgets — which means the committee and the House as a whole are still on track with its schedule.

Before the budget deliberations started, the Majority bloc, including Quimbo, appropriations chair, and Ako Bicol party-list Rep. Elizaldy Co, and Majority leader and Zamboanga 2nd District Rep. Manuel Jose Dalipe said that they would approve the budget by September 30.

“As of yesterday, 14 out of 34 agencies have briefed Congress regarding their respective budget proposals. With two more weeks of budget briefings, the appropriations committee, led by Chairperson Elizaldy Co, gladly shares that we are still on track with our target date to pass the GAB (General Appropriations Bill) by October 1, 2022,” Quimbo said.

“On September 16, we are expected to finish the budget hearings and head on to plenary debates by September 21,” she added.

“Every member of Congress is working double time attending and participating in the budget hearings,” said Co.

The House of Representatives has a self-imposed deadline of October 1 to pass the 2023 national budget.

Despite being on track, Quimbo admitted that there have been several issues encountered during budget deliberations, especially with agencies seeking consideration for an increase in their allocated budget.

Quimbo stressed that Congress could only reallocate funds, as they are not allowed to go beyond the ceiling — set at P5.268 trillion.

(At each agency’s budget hearing, representatives highlighted a new set of concerns. Almost everyone is pressing for a larger allocation than what was proposed by the Office of Management and Budget. Despite widespread support among legislators, it is unclear where additional funding would come from.)

(According to the Constitution, we cannot replace the budget ceiling of P5.268 trillion. That’s why if we increased a budget item, we would reduce another. Nevertheless, the budget utilization rate of some agencies is not that high. Therefore, the absorptive capacity of the agencies is a perennial challenge. That’s why we should really monitor and scrutinize the execution of the budget.)

Meanwhile, Co commended the President for the 7.3 percent 4Ps budget increase from P107.7-billion to P115.6-billion targeting to reach 4.4 million households in 2023.

“We commend the President for increasing the support for 4Ps in 2023,” Co said.

The schedules of the remaining per-agency budget briefing at the committee level are as follows:

-with reports from Jean Mangaluz