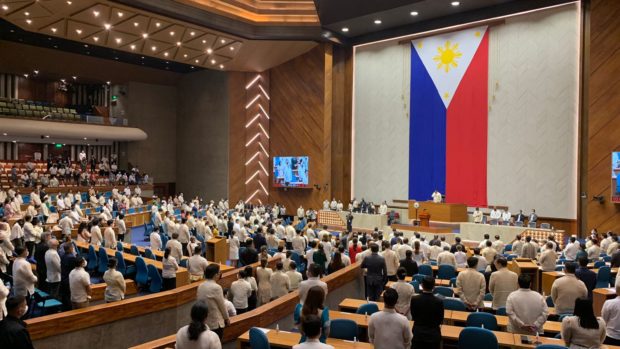 Romualdez, in a statement on Thursday, assured the public again that the proposed 2023 budget — handed over by the Department of Budget and Management (DBM) last Monday — would be a product of both the majority and the minority, as the majority would listen to the minority’s concerns.

“The budget will be  product of the entire House of Representatives, where the majority will listen to the minority’s concerns and of course, we as the representatives of the people, will also be attuned to their needs. This budget basically represents the hope of the future and the agenda for prosperity in the country this coming 2023,” he said.

“Every centavo of the national budget will be spent wisely to implement programs that would save lives, protect communities and make our economy strong and more agile,” he added.

By Tuesday, the Philippine Charity Sweepstakes Office would present its budget to the House committee on appropriations by 9:00 a.m. at the Nograles Hall, followed by the Philippine Amusement and Gaming Corporation by 1:30 p.m.

The following are the remaining schedule of the per-agency budget briefing:

Romualdez also assured the public that the House would “effectively respond to the needs of the people, especially in addressing the continued impact of the health crisis, and in creating more jobs and ensuring food security.”

Moreover, he said the budget will be approved on the third and final reading before September 30 — or before Congress goes into recess by October, giving the Senate a longer period to debate it, and President Marcos Jr. enough time to scrutinize it.

Marikina City Rep. Stella Quimbo, also the committee’s senior vice chairperson on appropriations, said that the per-agency hearings might be completed by September 16, after the proposal would be forwarded to the plenary for further discussion.

The proposed budget is the largest and the first under Marcos Jr.’s administration.