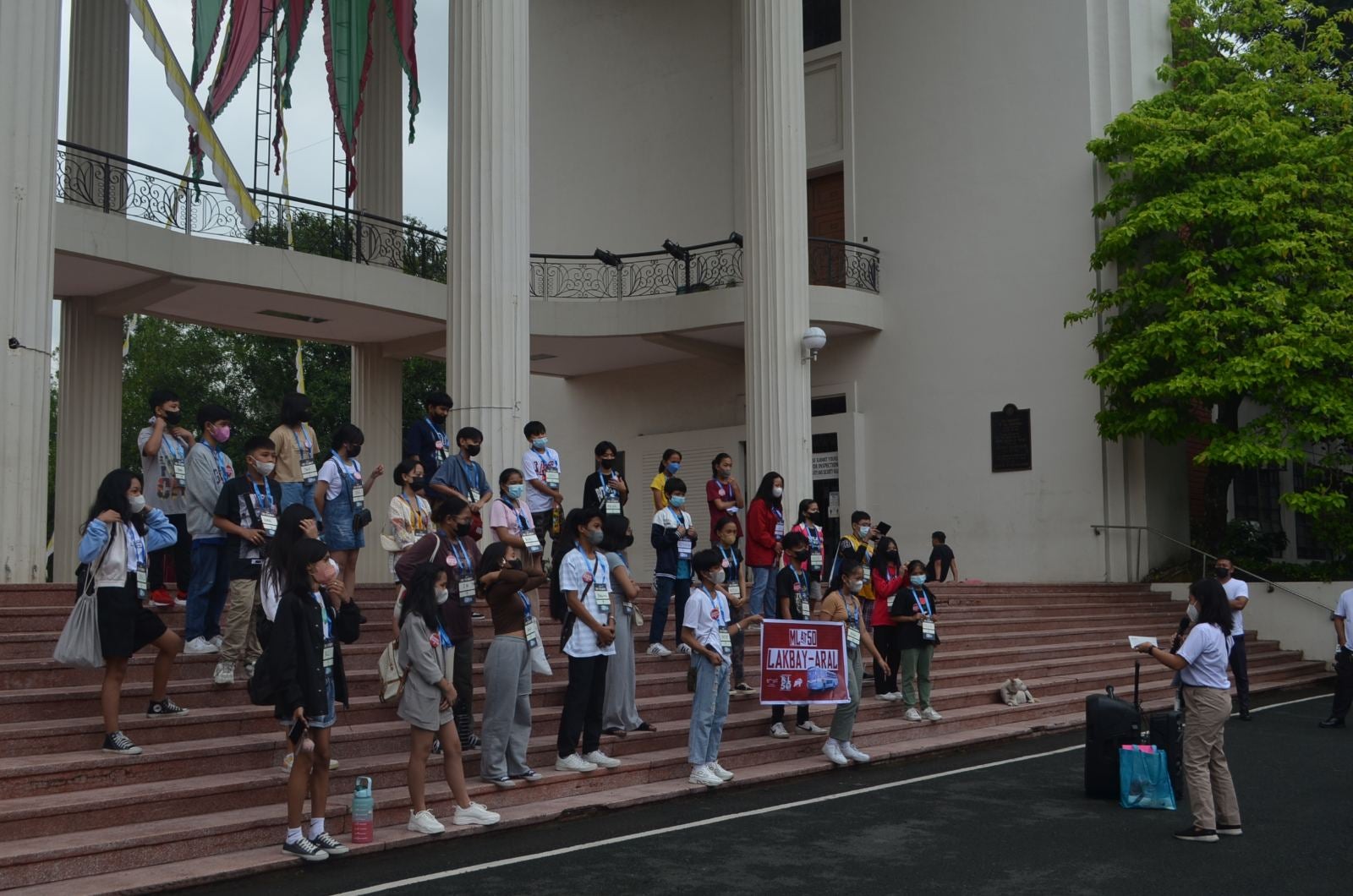 MANILA, Philippines – The Alliance of Concerned Teachers (ACT) and other groups launched the “[email protected] Lakbay-Aral” on Saturday to commemorate the 50th anniversary of late dictator Ferdinand Marcos Sr.’s declaration of martial law in the Philippines.

Fifty high school students visited numerous landmarks in Quezon City, including the University of the Philippines (UP) Diliman, ABS-CBN, Tatalon community, and Bantayog ng mga Bayani where they listened to stories from historians, journalists, and Martial Law survivors, ACT said in a statement.

The ACT said that they wanted the students to visit historical places relevant to the people’s struggle during the dictatorship. ABS-CBN, for example, was shut down during Marcos’ rule while UP Diliman was known for its student activism.

READ: Martial law museum to rise on UP Diliman campus 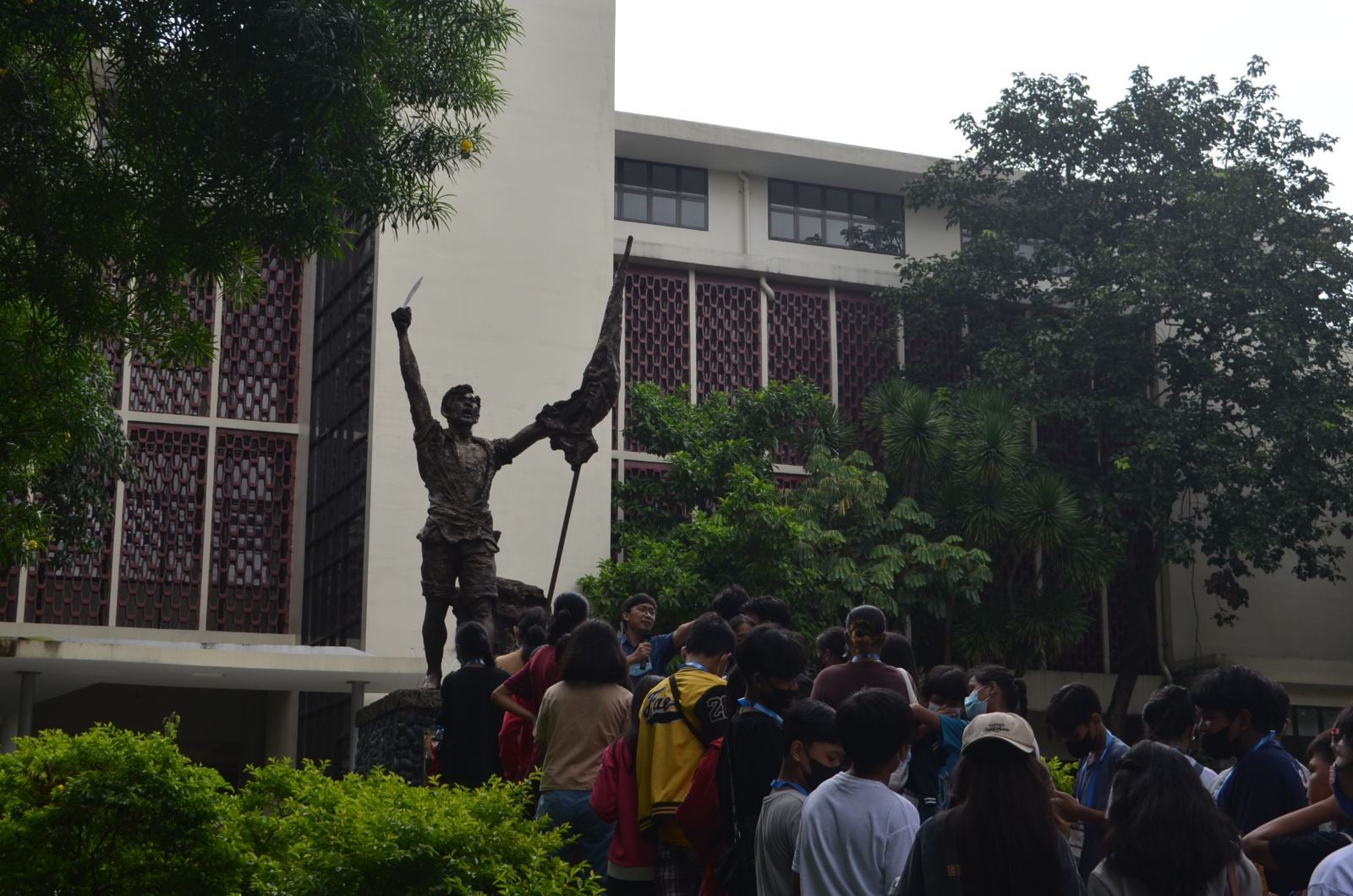 The event was jointly launched by groups such as the Tanggol Kasaysayan and Campaign Against the Return of the Marcoses and Martial Law in a collective effort to combat historical distortion.

“Amid the widespread disinformation and historical distortion, especially in social media, it is our urgent duty as educators to teach our youth of our history based on facts and actual experiences of our people during the Martial Law period,” said ACT Chair Vladimer Quetua.

With Marcos’s son Ferdinand “Bongbong” Marcos Jr. now seated as the highest official in the land, ACT expressed their concerns about the atrocities of martial law being erased.

“It is very worrisome that another Marcos is in Malacanang and those in power have the control of resources to rewrite our history based on their distorted narrative,” said Quetua. 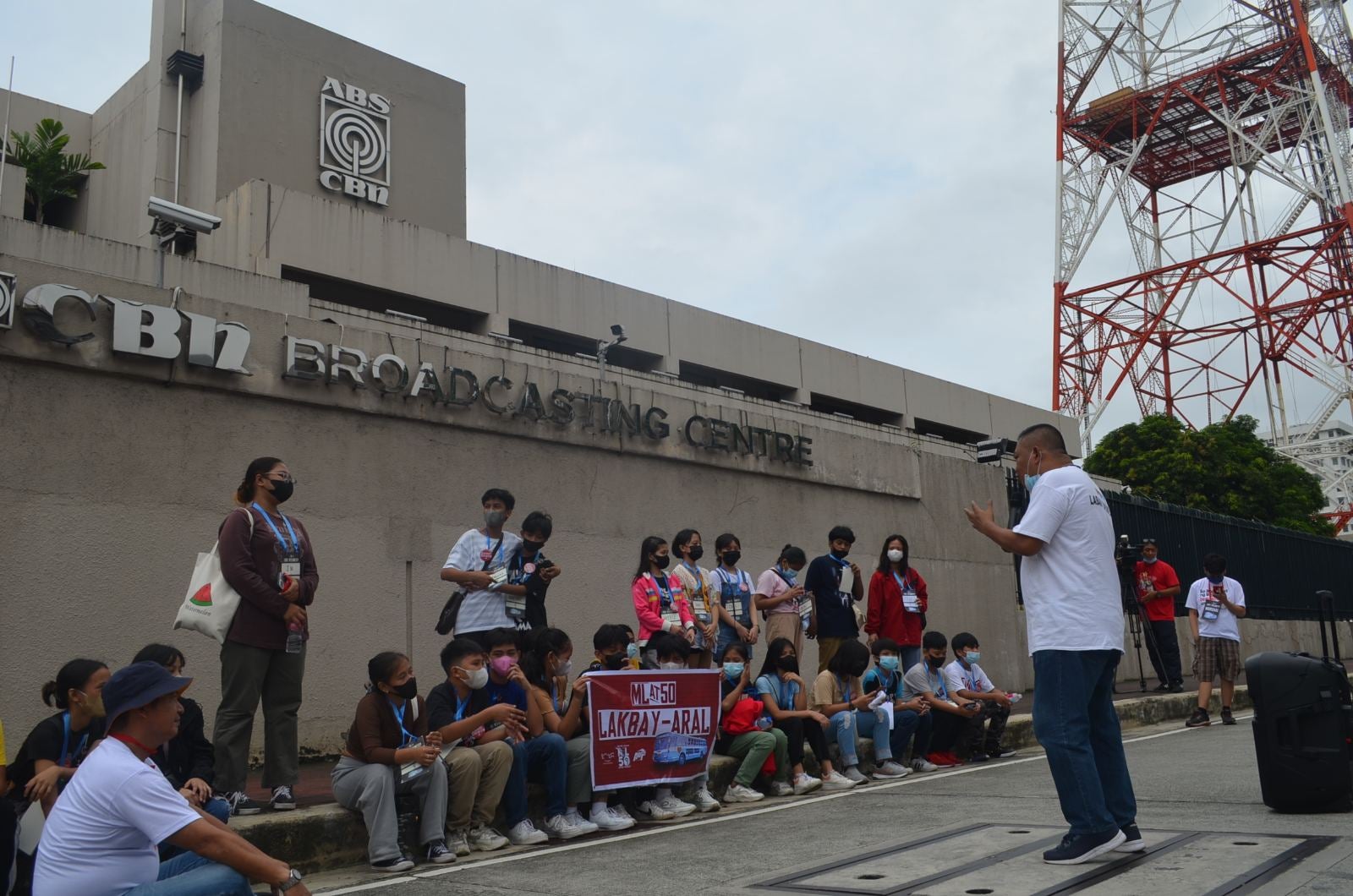 ACT said that this is only the first part of the activity, and they will have more batches of “[email protected] Lakbay-Aral” until December to teach more youths about the truths of martial law.

This effort comes shortly after Marcos Jr. defended his father’s martial law legacy, believing that the abuses happened “like in any war.”