UN summit returns in person to world of divisions 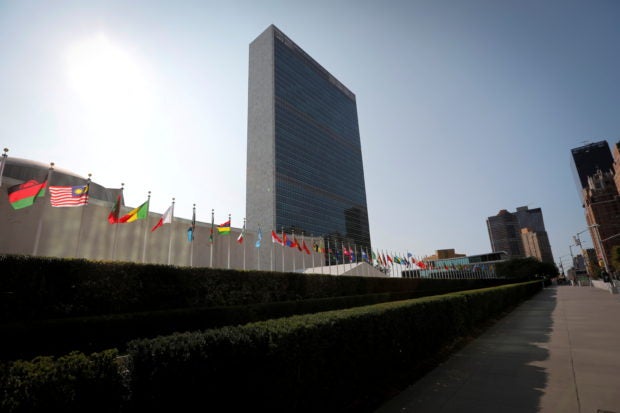 UNITED NATIONS – The UN General Assembly is back in person after the pandemic disruption but in a world as full of crises as ever, with the war in Ukraine set to pit the West against Russia.

Some 150 world leaders will descend on New York for a week of diplomacy, with all required to come in person to speak save one — Ukrainian President Volodymyr Zelensky, granted an exception as he leads the fight against Russian invaders.

UN Secretary-General Antonio Guterres, speaking ahead of the summit that formally begins Tuesday, said that the world’s divisions “are the widest they have been since at least the Cold War.”

“Our world is blighted by war, battered by climate chaos, scarred by hate and shamed by poverty, hunger and inequality,” Guterres said.

“As fractures deepen and trust evaporates, we need to come together around solutions.”

For the two previous years, the annual meeting that jams traffic through Midtown Manhattan had been a more subdued affair with leaders allowed to send in videos.

The General Assembly voted Friday to let Zelensky speak by video. Seven nations voted against including Russia, saying that the right should be extended to all leaders, with Russian President Vladimir Putin, as well as Chinese President Xi Jinping, not planning to travel to New York.

Several US adversaries are expected, however, including Iranian President Ebrahim Raisi and Venezuelan President Nicolas Maduro, defying loud protests from their opponents in the United States.

Richard Gowan, who follows the United Nations for the International Crisis Group, said that Zelensky’s speech will “get 1,000 times more attention than most in-person speeches by other leaders.”

“But Zelensky has to be careful. A lot of non-Western politicians are resentful of the West’s focus on Ukraine and worry that the war is distracting international attention from issues like the global food crisis,” he said.

The US ambassador to the United Nations, Linda Thomas-Greenfield, acknowledged the concerns, saying that despite discussions on Ukraine, “it will not be the only thing that we’re dealing with.”

Secretary of State Antony Blinken on Tuesday will co-chair a summit on food security with the African Union, European Union and Spain as high global prices — worsened by the invasion of major grain producer Ukraine — bring new hunger around the world.

French President Emmanuel Macron’s office said that he will seek “dialogue with our partners from the South to avoid planting this idea that it’s the West against the rest.”

Despite the shift toward normalcy, the schedule of the General Assembly was scrambled by the death of Queen Elizabeth II. US President Joe Biden, who traditionally would have been one of the first speakers Tuesday and who would have led the food summit, will instead speak Wednesday.

And with Covid concerns lingering, the United Nations is still limiting the size of delegations and requiring the wearing of masks in the towering headquarters on the East River.

Prime Minister Liz Truss, who took office two days before the death of Britain’s longest-reigning monarch, will fly after the funeral to the United Nations on her first foreign trip since taking office.

The UN summit will also mark a fresh occasion to build momentum on global action on climate change, amid mounting signs that the planet is descending into dangerous levels of warming.

“We have run out of time to waste,” said Ambassador Walton Webson of Antigua and Barbuda, heading the Alliance of Small Island States.

“Our islands are being hit with more severe and more frequent climate impacts and recovery comes at the cost of our development,” he said.

Guterres said he will use the week to speak frankly with leaders amid guarded hopes for further progress on climate during the next climate summit, COP27, in Egypt in November.