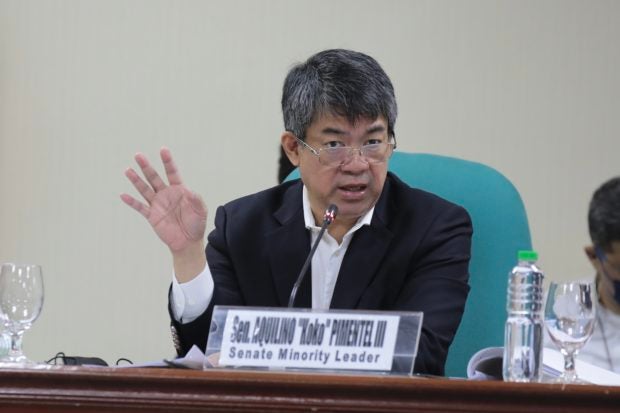 Dell’s Country Manager Ronnie Latinazo made the statement during the Senate blue ribbon committee’s hearing on DepEd’s laptop procurement through the Procurement Service of the Department of Budget and Management (PS-DBM).

Dell provided laptops within the PS-DBM’s specification of 1.8 gigahertz base speed with 4 megabytes of cache.

Senate Minority Leader Aquilino “Koko” Pimentel III quizzed Latinazo: “So you, Dell Philippines, consciously, you knew that you were supplying a 1.8 gigahertz base speed. Now, if you are now told subsequently after you have delivered the notebooks, the requirement is 1.9 gigahertz base speed… is that part of your warranty?”

“No” was Latinazo’s response, which Pimentel agreed to since Dell was just doing what was ordered.

DepEd has already indicated that it is willing to replace the purchased computers if their performance begins to degrade.

Pimentel asked Latinazo whether it would entail another round of payment for the distributor should new laptops be purchased due to the lack of warranty coverage.

The manager answered: “Probably, your honor.”

Meanwhile, Atty. Jeremy Lotoc, an expert from the National Bureau of Investigation’s (NBI) digital forensic laboratory, said that the government is in a “disadvantageous position” on the issue.

“Based on this issue, actually in our impression, this is just a personal opinion, your honor, it would not reflect the final position of the NBI. I think the government is in [a] disadvantageous position based on this record that we have,” said Lotoc after examining the laptop specifications and the price spent for each unit.

He, however, said that an actual comparison should be conducted to submit the NBI’s official position on the matter.

The Commission on Audit flagged the procurement, saying that the laptops are overpriced and obsolete.  Christian Paul Dela Cruz, INQUIRER.net trainee