More than half a million young children in Somalia facing malnutrition 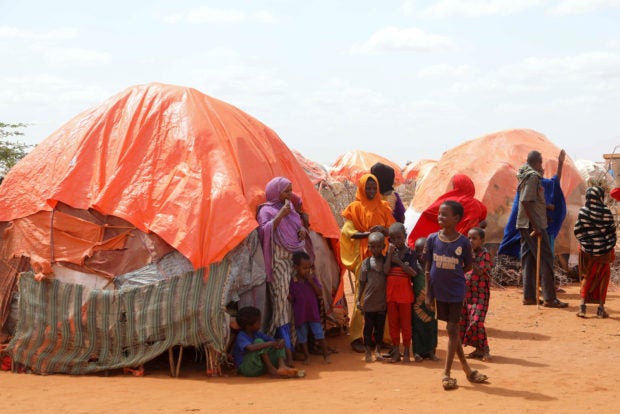 FILE PHOTO: Civilians gather outside their makeshift shelters at the Kaxareey camp for the internally displaced people in Dollow, Gedo region in Somalia May 24, 2022. REUTERS/Feisal Omar/File Photo

GENEVA — The number of young children in Somalia facing severe acute malnutrition has increased to over half a million – a level which is higher than a 2011 famine when tens of thousands of children died, U.N. agencies said Tuesday.

“We’ve got more than half a million children facing preventable death. It’s a pending nightmare,” James Elder, spokesperson for the U.N. children’s agency UNICEF said at a Geneva press briefing, saying this level had not been seen in any country yet this century.

The U.N. has warned that parts of the country will be hit by famine in the coming months as the Horn of Africa region faces a fifth consecutive failed rainy season. Somalia’s 2011 famine claimed more than a quarter of a million lives, around half of whom were children.