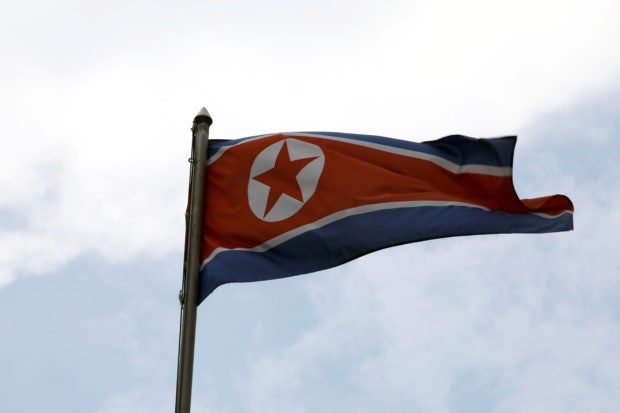 Two posters featuring the missiles were among those in a series released to encourage North Koreans to implement goals outlined by leader Kim Jong Un in a policy speech last week, state news agency KCNA reported.

North Korea has enshrined the right to use preemptive nuclear strikes to protect itself in a new law Kim said makes its nuclear status “irreversible” and bars denuclearization talks, KCNA reported on Friday.

The posters underscored the need to “make the armed forces of the Republic more powerful by giving top priority to the building of the national defense capacity,” KCNA said.

It was the first time in about five years that new posters have featured nuclear weapons, according to the website NK News, which tracks North Korea.

In 2018, North Korea removed many anti-American and military-themed posters as Kim engaged in summits with then-U.S. President Donald Trump and other world leaders.

Since diplomacy stalled in 2019, historical anti-American themes have crept back into public displays.

Photos released by KCNA show the posters do not mention the United States, but display a number of North Korea’s latest missiles, including its Hwasong-15 and Hwasong-17 intercontinental ballistic missiles (ICBMs).

The posters include slogans calling for national defense to be a top national priority, and that missiles show the country’s prosperity.

This year North Korea resumed testing ICBMs for the first time since 2017, and international observers say it appears to be readying for a nuclear test.

Other posters featured a range of economic sectors including forestry, fishing, construction, and consumer goods.

North Korea spent as much as $642 million on nukes in 2021, report estimates