No casualties in Army-NPA clash in Batangas | Inquirer News

No casualties in Army-NPA clash in Batangas 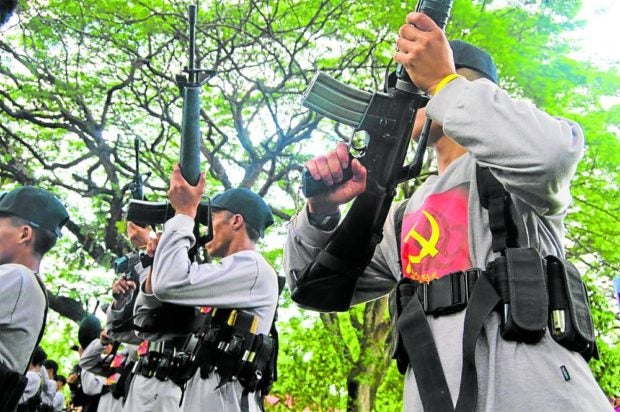 The battle lasted for 10 minutes, after which the rebels withdrew. The police reported no casualties on both sides.

The soldiers recovered an unexploded M203 grenade, a bolo, and personal belongings left by the rebels at the encounter site.
Troops have been deployed to pursue the rebels. INQ