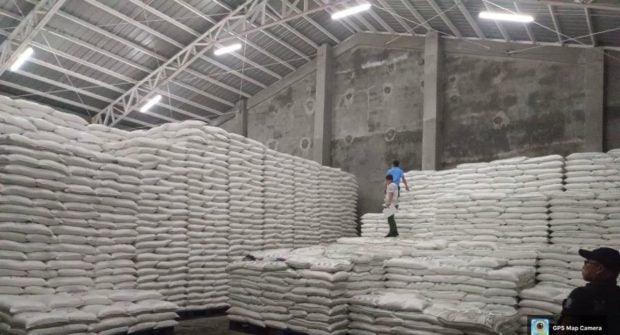 MANILA, Philippines — Most of the raided sugar warehouses in the country have shown proper documents to show that their stocks are not smuggled, a Bureau of Customs (BOC) official said on Thursday.

BOC Deputy Commissioner Edward James Dy Buco made the revelation during the House Committee on Good Government and Public Accountability hearing when Kabataan Rep. Raoul Manuel asked about the progress of raids.

“The recommendation of our enforcement group and intelligence group was to, in most cases, close the LOA,” he added.

Manuel pressed the official if the agency had found smugglers, to which he said: “There were pending cases filed several years back, but in the recent raids,  as I said, most of the imported sugar found were  supported with import documents.”

However, Abang Lingkod Rep. Joseph Stephen Paduano pointed out that while most of the sacks of sugar were not smuggled, it could not be ruled out that the traders might be hoarding their stocks.

But Dy Buco said that “it is not within our jurisdiction” to determine if the stocks are hoarded.

The Customs, acting on orders from the Malacañang, had conducted several inspections and raids amid fears that the looming sugar shortage is artificial.

This development was related to the Sugar Regulatory Administration’s  Sugar Order No. 4, which authorized the importation of 300,000 metric tons of sugar.

Malacañang later dubbed Sugar Order No. 4 as illegal, saying it was unauthorized by President Ferdinand Marcos Jr., who concurrently sits as Secretary of the Department of Agriculture.