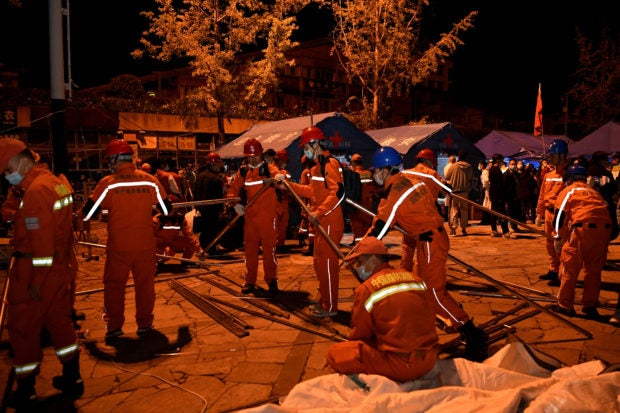 BEIJING — The death toll from a 6.8 magnitude earthquake that struck the southwestern Chinese province of Sichuan has risen to 86, state media reported on Thursday.

Monday’s quake, the strongest to hit the province since 2017, has injured more than 270 people, while 35 are missing, CCTV news reported.

Authorities have reopened roads to the epicenter of the quake at Luding. The town was rattled by a 2.9 magnitude aftershock late on Wednesday, state media reported.

Weather forecasters issued an orange warning, the second highest, for possible geological disasters in Luding, which can include landslides. A less severe yellow warning was issued for central and western Sichuan.

14 years on, Chinese rescuer passes on love and kindness