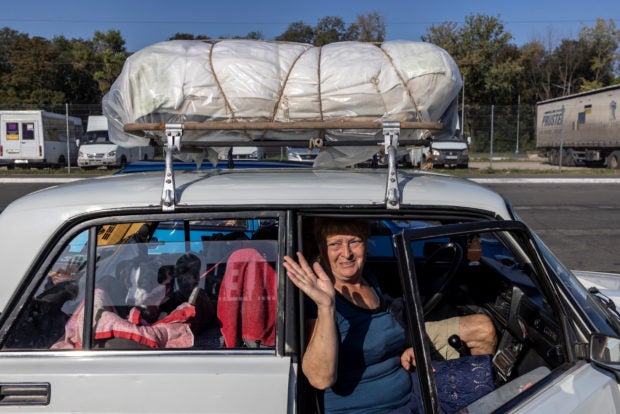 Maria Rogozhina gestures as she leaves the relief centre, where volunteers provide food and transportation for those who are not travelling on their own, during her journey from her home village of Henichesk, near the border with Crimea to inner Ukraine with her husband and a dog, amid Russia’s invasion of Ukraine, in Zaporizhzhia, Ukraine, August 29, 2022. REUTERS

ZAPORIZHZHIA, Ukraine —  Thousands of people fleeing Russia-controlled areas of south Ukraine are arriving in a city near Europe’s largest nuclear plant despite fears of a radiation leak from fighting. For many, the shelling in their hometowns is a more urgent danger.

Even in a country still haunted by the 1986 Chernobyl disaster, the danger of a nuclear accident seemed remote for several people Reuters spoke to on Monday. They were fleeing parts of the south under Russian rule since soon after the Feb. 24 invasion and pounded by rockets as Ukraine prepares a counteroffensive.

“We’re not worried about that now. The rockets overhead are more dangerous,” said Tatiana Pidlesina, 27, from Kherson, when asked about the threat of radiation.

Ukraine, which announced on Monday the start of a long-awaited counteroffensive, has for weeks told residents to leave the area.

A team from the U.N. nuclear watchdog was headed to the Zaporizhzhia nuclear power station on Monday, the agency’s chief said, as Russia and Ukraine traded accusations of shelling in its vicinity, fuelling fears of a radiation disaster.

The fighting around the plant has led authorities in the Ukrainian-controlled city of the same name, 35 miles (56 km) to the northeast, to hand out iodine tablets and teach residents how to use them in case of a radiation leak.

Olexandr Noraiev, 34, a volunteer at a centre in the city processing the fleeing families, said up to 2,000 people were arriving there every day, mostly from southern Russian-occupied areas including Kherson and Mariupol. 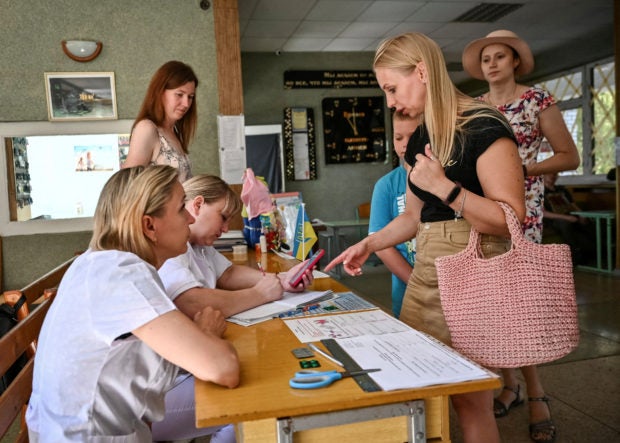 Viktoriya Markova, 46, who taught English in a small town near Kherson, left her home on Aug. 27 with her mother, her sister and her family, along with a 16-year-old student so she could finish her studies in safety.

“I want her to finish school … and study only in a Ukrainian school, not a Russian school,” said Markova.

“I couldn’t live in the place where I was,” she said, when asked about the added fears of a nuclear leak in the Zaporizhzhia region.

Maria Rogozhina cried tears of relief after arriving with her husband in their aging Soviet-built Lada and their small black and white dog at the centre in a shopping mall, where relief groups were providing food and organising buses for those without cars.

“We were lucky. It only took us 24 hours to get here,” she said, describing the journey across Russia-controlled territory from her home village of Henichesk, near the border with Crimea, a drive of about 140 miles (225 km) that normally takes three hours.

Relief groups have erected tents and portable toilets for those fleeing at the centre, about 20 miles (30 km) from Russian-controlled territory around the plant. Families gathered and lined up to register for relief. For Anastasija Maksimova, 9, her two cats, clutched in her arms, provided some comfort as she waited with her family. 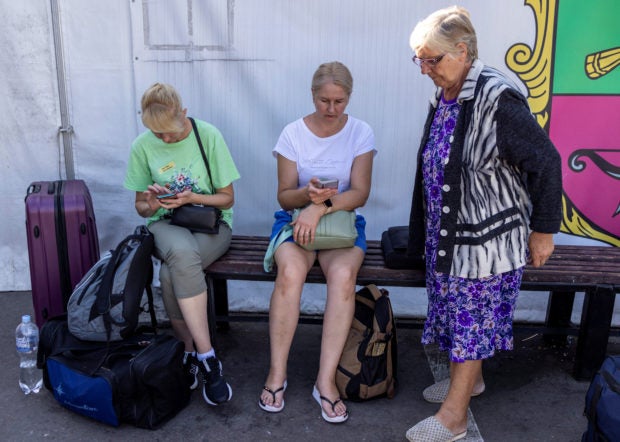 Viktoriya Markova and her mother wait at the relief centre, where volunteers provide food and transportation for those who are not travelling on their own, to be transferred to other parts of the country, amid Russia’s invasion of Ukraine, in Zaporizhzhia, Ukraine, August 29, 2022. REUTERS/Umit Bektas

Volunteer Noraiev said more were now arriving from the area of the nuclear plant after increased shelling there.

“It was terrifying,” said Liliia Vakulina, 22, who came with her mother, Valentina Vakulina, 61, on Sunday after waiting for months for evacuation from the town of Enerhodar, where the nuclear plant is located.

She said her concerns about a possible accident ratcheted up in recent weeks when Russian forces shelled the city. Russia accuses Ukrainian forces of the shelling.

Vakulina, who finished a bachelor’s degree in linguistics this year, said she hoped that the mission of the International Atomic Energy Agency could lead to a demilitarization of the power plant.

“I think that they will stop the bombing,” she said.

Her mother was less optimistic, saying Russians had shown a disregard for civilians by shelling populated areas. She said Russian authorities controlling the area had not provided residents with iodine tablets.

“The Russians don’t care about the people,” she said.

Ukraine on edge as shellfire resounds around Zaporizhzhia nuclear plant