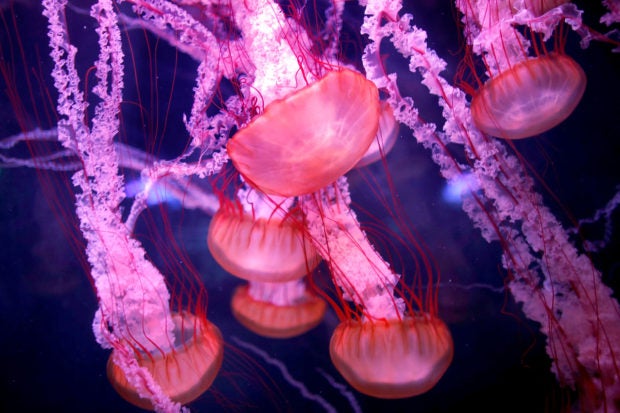 CHICAGO — Scientists in Spain have unlocked the genetic code of the immortal jellyfish – a creature capable of repeatedly reverting into a juvenile state – in hopes of unearthing the secret to their unique longevity, and find new clues to human aging.

In their study, published on Monday in the Proceedings of the National Academy of Sciences, Maria Pascual-Torner, Victor Quesada and colleagues at the University of Oviedo mapped the genetic sequence of Turritopsis dohrnii, the only known species of jellyfish able to repeatedly revert back into a larval stage after sexual reproduction.

Like other types of jellyfish, the T. dohrnii goes through a two-part life cycle, living on the sea floor during an asexual phase, where its chief role is to stay alive during times of food scarcity. When conditions are right, jellyfish reproduce sexually. 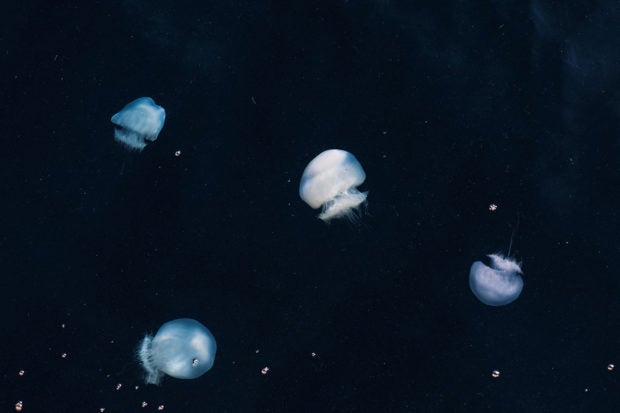 Jellyfish are seen near a boat by the coast of Haifa at the Mediterranean sea, Israel July 25, 2022. REUTERS FILE PHOTO

Although many types of jellyfish have some capacity to reverse aging and revert to a larval stage, most lose this ability once they reach sexual maturity, the authors wrote. Not so for T. dohrnii.

“We’ve known about this species being able to do a little evolutionary trickery for maybe 15-20 years,” said Monty Graham, a jellyfish expert and director of the Florida Institute of Oceanography, who was not involved in the research.

This trick earned the species its nickname as the immortal jellyfish, a term Graham admits is a bit hyperbolic.

The study was aimed at understanding what made this jellyfish different by comparing the genetic sequence of T. dohrnii to that of Turritopsis rubra, a close genetic cousin that lacks the ability to rejuvenate after sexual reproduction. 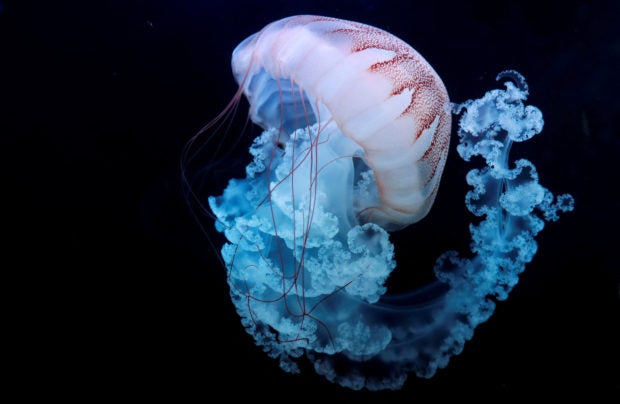 A jellyfish swims in a giant spherical tank at the World of Jellyfish aquarium in Prague, Czech Republic, February 3, 2020. REUTERS FILE PHOTO

What they found is that T. dohrnii has variations in its genome that may make it better at copying and repairing DNA. They also appear to be better at maintaining the ends of chromosomes called telomeres. In humans and other species, telomere length has been shown to shorten with age.

Graham said the research has no immediate commercial value.

“We can’t look at it as, hey, we are going to harvest these jellyfish and turn it into a skin cream,” he said.

It has more to do with understanding the processes and protein functionality that helps these jellyfish cheat death.

“It’s one of those papers that I do think will open up a door to a new line of study that’s worth pursuing.”

Can a Jellyfish Unlock the Secret of Immortality?

How Does The ‘Immortal Jellyfish’ Outwit Death?